US SUPREME COURT RULES IN FAVOR OF GAY MARRIAGE NATIONWIDE 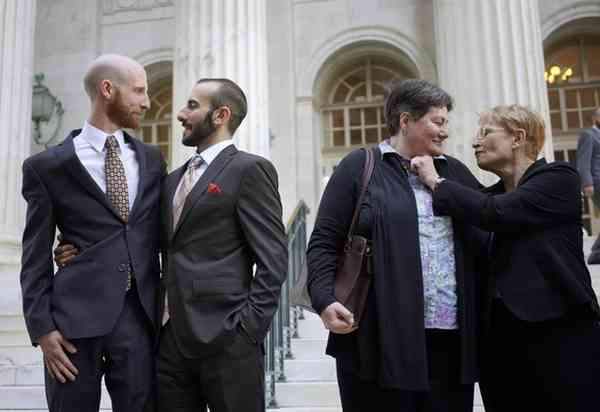 In a historical ruling on the rights of homosexuals in the United States, the U.S. Supreme Court ruled today that same-sex couples have a constitutional right to marry nationwide. In a tight 5-4 ruling, U.S. justices said that states lack legitimate reason to deprive gay couples of the freedom to marry. Justice Anthony Kennedy, a Republican appointee, had jumped ship and voted with the four Democratic appointees in the majority in favor of gay marriage, thus effectively legalizing gay marriages in the 14 states where they are still banned.

END_OF_DOCUMENT_TOKEN_TO_BE_REPLACED

I usually don't bother with this kind of things, but someone on my facebook just circulated this message to me. It is about Christians praying for rain or other ways to disrupt the Pink Dot event that will be held soon. Although I am not a supporter of LGBTs, I find it dumb that people actually pray to their "God" for this kind of things. In the first place, do you think their god will bother to listen to them? If their god were so powerful then there probably wouldn't be any LGBT left in this world.