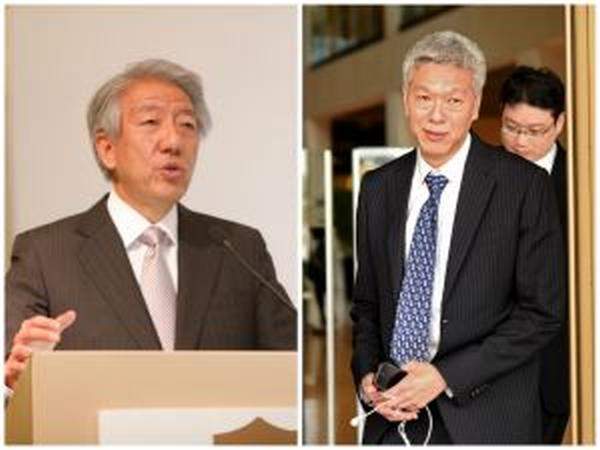 I am just as baffled as to why there are so many high powered people speaking up on what is supposedly a "family affair", and so keenly for one side too. The other side has accused this side of using state resources. I think that point has been proven beyond all contentions, that it is so true.

END_OF_DOCUMENT_TOKEN_TO_BE_REPLACED

The latest salvo was fired by the younger brother. Lee Hsien Yang again took to Facebook, where this sibling rivalry have been played out, and questioned why the secret committed that PM Lee has revealed is uninterested in the slightest about exploring options for the house. They are, instead, focused solely on challenging the validity of the demolition clause in LKY's will. Lee Hsien yang also questioned why this secret committee, which is made up of the highest paid ministers in the world, is required in the first place to challenge a clause reiterating this well-known and publicly stated wish of LKY. After all, the whole nation have heard and read about LKY's desire to demolish the house once he no longer resides there. He had made it clear before. So, what are these highly paid ministers debating about? The biggest question is, are these highly paid millionaire ministers are now required to settle family disputes too?

END_OF_DOCUMENT_TOKEN_TO_BE_REPLACED

I am deeply saddened by my sister Dr Lee Wei Ling’s claim that I have abused my power to commemorate the one-year anniversary of Mr Lee Kuan Yew’s passing in order to establish a dynasty. The accusations are completely untrue. The first anniversary of a person’s passing is a significant moment to remember him and reflect on what he meant to us. The more so with Mr Lee Kuan Yew. The Cabinet had discussed how we should mark the occasion. My advice was that we should leave it to ground-up efforts. Groups should keep their observances in proportion, and focussed on the future.