The actions of 18-year-old Daryl Lim — who was on Monday sentenced to 10 days of detention and 150 hours of community service for assaulting foreign workers with his friends — are “unacceptable” and “sickening”, said Law and Foreign Affairs Minister K Shanmugam. “To think that a young man who has benefited from the system can act with such cruelty, without compassion, without empathy, and without any kind of consideration,” he said on the sidelines of the 7th Meeting of Singapore Honorary-Consuls General.

END_OF_DOCUMENT_TOKEN_TO_BE_REPLACED

40 SINGAPOREANS STILL STUCK IN YEMEN, SOME RELUCTANT TO LEAVE

Despite repeated attempts by the ministry to get them to leave the country for their safety, more than 40 Singaporeans still remain in conflict-ridden Yemen, according to the Ministry of Foreign Affairs (MFA). The 40 Singaporeans include students, housewives and businessmen have chosen to stay.

END_OF_DOCUMENT_TOKEN_TO_BE_REPLACED

SHANMUGAM AND HEB DOING A U-TURN ON THAIPUSAM MUSIC BAN 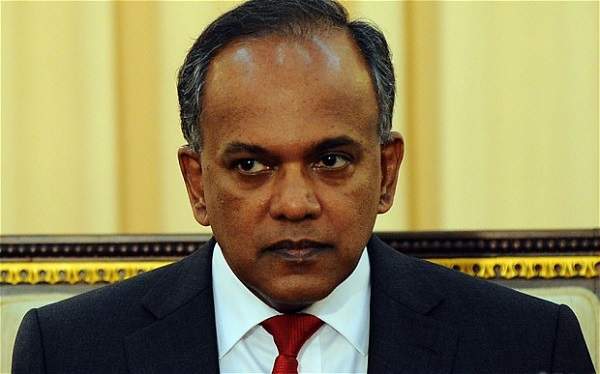 Minister for Law K Shanmugam said in an interview that the calls for music accompaniment during Thaipusam should be looked into. "We should find out the wishes of the people. The Hindu Endowments Board will see how we can fulfil their wishes. They have to consult the people and see how to proceed."

END_OF_DOCUMENT_TOKEN_TO_BE_REPLACED 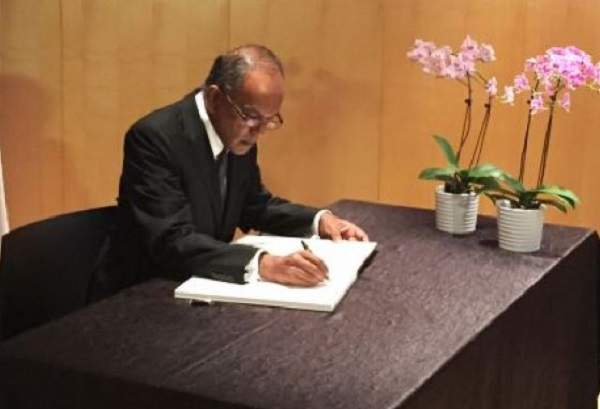 Political will and a legal regime are required to tackle terrorism while social issues need to be dealt with so that no group becomes marginalised, Law and Foreign Affairs Minister K Shanmugam said today (Jan 12) as he condemned the shootings in Paris last week which “can happen anywhere”. Speaking to reporters after signing a condolence book at the French Embassy, Mr Shanmugam said Singapore stands in solidarity with the French people.

END_OF_DOCUMENT_TOKEN_TO_BE_REPLACED

I have been following the issue of stray cats in Nee Soon South. Some of the residents have been irresponsible in feeding stray cats without observing the proper hygiene procedures and follow-ups. This has led to unhappiness amongst residents over hygiene and inconvenience. There has been a lot of false statements about what she has done/intends to do. Dr Lee, when she received the complaints, first approached the cat welfare activists on how to deal with the problem. She also polled residents on how they would like to deal with the stray cats. And she engaged cat lovers and tried to explain the situation and listen to their feedback.

END_OF_DOCUMENT_TOKEN_TO_BE_REPLACED

WEIRD SINGAPORE LAW: YOU CAN KNOCK DOWN A CAT AND GET AWAY WITH IT As reported by Channel News Asia, among one of the recommendations made by the Animal Welfare Legislation Review Committee was to make the definition of animals in the Road Traffic Act the same as the Animals and Birds Act, which defines an animal as any mammal (other than man) or fish and includes any other living creature.

END_OF_DOCUMENT_TOKEN_TO_BE_REPLACED

[YOUR LETTERS] TIME FOR SINGAPORE TO ABOLISH THE DEATH PENALTY

So, it is completely regressive in terms of human rights, and another step away from an enlightened society when Law Minister K Shanmugam recently said that he is in favour of imposing the death penalty on criminals who sexually assault women or abuse children, and the victim dies. "My thinking is that there should be a default death sentence for those who rape or sexually assault women, resulting in the victim's death, and for those who hurt a child and the child ends up dead. The accused in such cases should face the death penalty, unless he can prove why there shouldn't be such a penalty", said the Law Minister.

END_OF_DOCUMENT_TOKEN_TO_BE_REPLACED

Also, Dr Syed was also the YPAP vicechairperson for the Chong Pang Branch, which you can see in the photos. It is likely that he is being groomed for political office, and was using religion to try to rally the Malay-Muslim community to the PAP side. Is this why he got off lightly? Can you imagine what would have happened if an Opposition politician tried to use Islam to gain the support of the voters? He would be accused of being an Islamic fundamentalist, or even worse be detained under ISD! The PAP tried to character assassinate Jufrie Mahmood that way when he used the words 'Insha'Allah' (God Willing), but here Dr Syed got off scot-free!?

END_OF_DOCUMENT_TOKEN_TO_BE_REPLACED

Expressing concern over the plight of the Tamils arrested in connection with the Little India riots in December last year, M Ravi, an Indian-born Human Rights lawyer in Singapore, has sought the intervention of the Centre to secure the release of those still languishing in Singapore jails. Ravi rued that neither the Indian Embassy nor the Centre raised any concern against the atrocities of the Singapore government, which arrested more than 70 Tamil people in Little India. Those arrested were booked for causing the two-hour riot and damaging public property. Ravi, who according to sources, has been fighting to get these workers released from jail, said that of the 79 workers arrested, 53 were deported to Tamil Nadu after the charges against them were cleared. However, the rest of the innocent helpless workers are still under custody without any evidence, he stated.

END_OF_DOCUMENT_TOKEN_TO_BE_REPLACED

The recent incident involving a missing Malaysian Airlines plane is a sharp reminder for the need of good airport security and intelligence, said Law and Foreign Affairs Minister K Shanmugam today (March 16). Speaking at a grassroots event in Sembawang, Mr Shanmugam said that the details that have emerged about the missing MH370 are “actually quite chilling” as they show a deliberate and carefully planned operation. Yesterday, Malaysian Prime Minister Najib Razak said that the movements of a missing plane were consistent with a deliberate act by someone who turned the jet back across Malaysia and onwards to the west.