"If Singapore, being our closest neighbour, has additional Covid-19 vaccine quotas, then Johor is willing to purchase them".

END_OF_DOCUMENT_TOKEN_TO_BE_REPLACED

A Malaysian SBS Transit Bus driver had unfortunately been killed in an accident in Johor, while making his way down to Singapore for his work. The accident happened on Tuesday at around 12:45pm, and the other party did not stop to render help.

END_OF_DOCUMENT_TOKEN_TO_BE_REPLACED

When your leader speaks up, then the cronies would have to follow. That is what is happening across the Causeway, as PM Mahathir's Parti Pribumi Bersatu Malaysia, through their Johor chapter, has called on Singaporeans to put pressure on the Singapore Government to review the prices of the water deal with Malaysia. They reiterated Mahathir's stand, which is it is morally wrong for a rich country like Singapore to bully a poor country like Malaysia.

END_OF_DOCUMENT_TOKEN_TO_BE_REPLACED

Many Singaporeans love visiting Malaysia, Johor state in particular, because of its proximity to Singapore and its lower currency value.

END_OF_DOCUMENT_TOKEN_TO_BE_REPLACED

Four men from Johor were arrested by Malaysian police for allegedly murdering another man at a bus station in Jalan Persiaran Sungai Danga, Nusa Bistari, in Johor. According to Malaysian police, two of the arrested men were working as security guards in Singapore, while another one was a factory worker and one was a horse groomer, all working in Singapore.

END_OF_DOCUMENT_TOKEN_TO_BE_REPLACED

SULTAN OF JOHOR TO MUSLIM-ONLY LAUNDERETTE: OPEN TO ALL OR SHUT DOWN

The owner of a controversial Muslim-only launderette has received an ultimatum from the Sultan of Johor, Sultan Ibrahim Ibni Almarhum Saltan Iskandar: Either open up to all races or close down, the Sultan said.

END_OF_DOCUMENT_TOKEN_TO_BE_REPLACED

A news report by The Independent Singapore has placed the blame for the recent burning smell affecting residents of Punggol, Sengkang, Buangkok and Pasir Ris on the nearby industries of Pasir Gudang in Malaysia.

END_OF_DOCUMENT_TOKEN_TO_BE_REPLACED 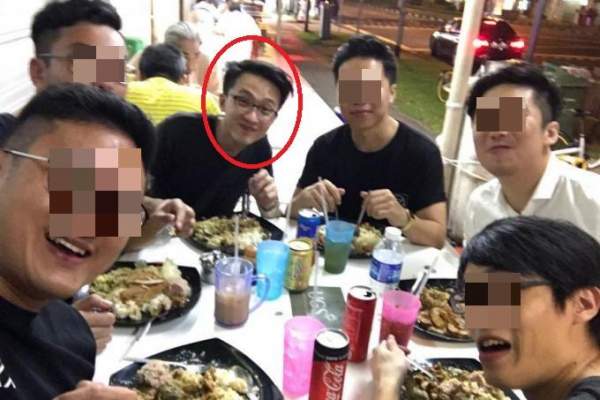 Justinian Tan was in JB with five of his friends for late night dinner on Friday, and was heading for their car at Jalan Dato Abdullah Tahir at Taman Abad around 3.00 am, when a Malaysian registered car hot him and another friend from behind. According to the other friends, the authorities there took a long time to render aid, with the ambulance only arriving 20 minutes after the accident happened. Justinian required emergency surgery upon arriving at the Johor hospital, but the hospital allegedly did not have the complete tools to complete the procedure.

END_OF_DOCUMENT_TOKEN_TO_BE_REPLACED 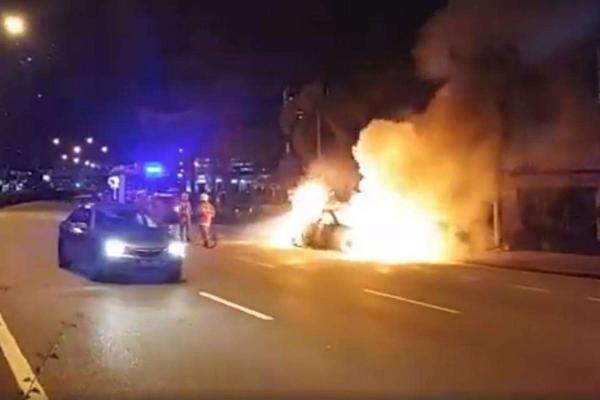 A man driving a Singapore registered BMW 740 apparently ploughed into a Johor motorcycle early on Wednesday, dragging the motorcycle along with it for a few hundred metres before both vehicles eventually caught fire. The accident reportedly happened at about 4:25am at the Jalan Tebrau road in Johor, near a Caltex petrol station. A witness to the accident, a Johor taxi driver, said that the car driver and the motorcycle rider did not suffer any serious injuries. However, the witness also said that he saw the BMW sped past him as he was driving along that road, and the car tyres had already caught fire by then. It had driven a further 300 metres down the road before it stopped, and by then, several people had managed to pull the BMW driver out. The same people then started beating up the BMW driver for about 5 minutes.

END_OF_DOCUMENT_TOKEN_TO_BE_REPLACED For all Singaporean drivers who think they can get away without paying any traffic fines in Malaysia, think again. The Johor Police Chief, Dzulkhairi Mukhtar said the Johor police are actively pursuing Singaporean motorists with outstanding traffic summonses. Those who are located will be made to pay the summonses on the spot. To make things even easier for the Singaporean drivers to pay their fines, Johor traffic police will also be equipped with wireless credit card readers in order to facilitate electronic payments. So there is no way for you to run away without paying for your fines. However, it is not known how the Malaysian police keeps the records of these fines and summonses, of which there are 134,227 unpaid summonses so far. The most logical way would be via the car's licence plate numbers.