IVAN HENG: EX-PRESIDENT NATHAN WAS A TRUE PATRON OF THE ARTS 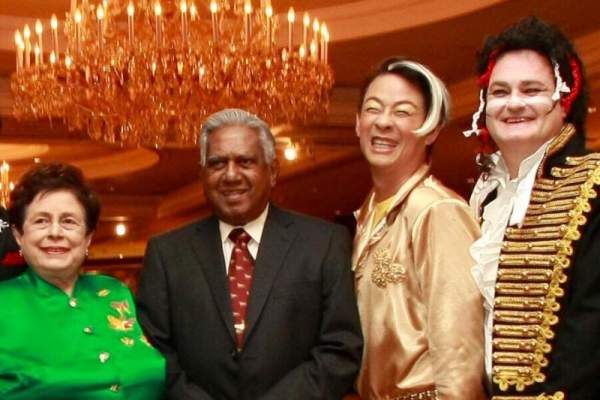 I shall always remember Mr S R Nathan with great fondness and admiration. We worked with him under the auspices of The President's Challenge to raise awareness and funds for the less fortunate, and he graced the Rice Ball on many occasions as Guest of Honour. Together with his dearest wife and family, Mr Nathan attended almost every Wild Rice pantomime. He came in his private capacity, eschewing pomp and ceremony. It was wonderful watching the show with him, laughing with audiences - looking over to me with a wink at our political satire and innuendo.

END_OF_DOCUMENT_TOKEN_TO_BE_REPLACED

The couple will be heading to Tuscany in Italy for a few days of holiday. He also put up a lengthy post titled "I Am A Happily Married Man". While he had always liked the idea of marriage, he added: "I dared not entertain the hope that marriage could happen for me." Growing up, he explained, there were no positive gay role models to look up to, nor were there happy endings in gay-themed entertainment. With marriage equality now a reality in the United Kingdom, Heng and Trickett decided to tie the knot at a ceremony attended by "our family and our closest friends".

END_OF_DOCUMENT_TOKEN_TO_BE_REPLACED

IS THE STRAITS TIMES SPEAKING UP FOR THE LGBT COMMUNITY?

I am disgusted and strongly disagree with The Straits Times for Sunday Life's reporting on Ivan Heng's same sex marriage. Singapore is still a conservative society and if you look at the recent Pink Dot, Wear White and library book events, a huge number of usually apathetic Singaporeans have spoken out against this public parade of the LGBT lifestyle in Singapore. This has gone beyond the confines of my religion and is now a mainstream problem that Singapore is facing. Our children are at risk of growing up in an environment where the 'FREEDOM TO LOVE' takes precedence over common sense and natural procreation.

END_OF_DOCUMENT_TOKEN_TO_BE_REPLACED

“I came here because my daughter asked me to.” “I have friends and colleagues who are gay…” she added, when I asked if she knew anyone who identified as LGBT. She later took pictures with stage actor and director Ivan Heng, who cross dressed as a samsui woman.