DR MAHATHIR: I CONDEMN ISIS, ISLAM IS A RELIGION OF PEACE 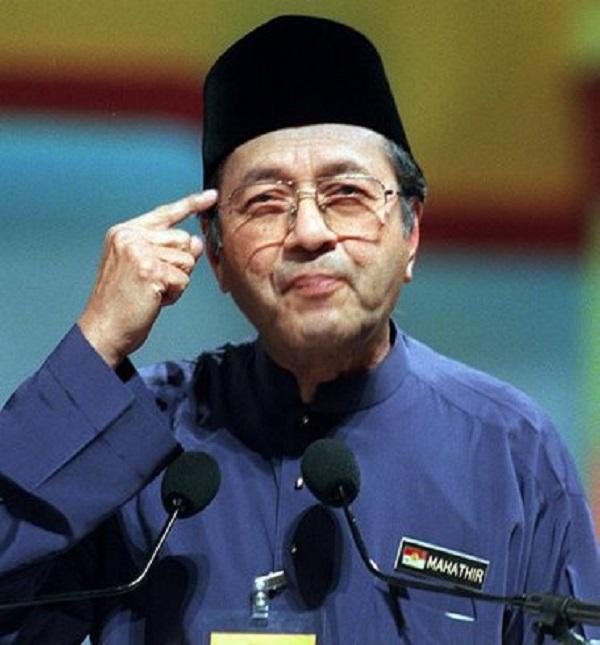 Today, without stating whether or not Malaysia should follow Indonesia’s footstep, Dr Mahathir said Malaysia would be a violent place if it copies the organisation. “I don’t know what the Malaysian government would do. “The other day Najib mentioned that we should copy ISIS. I don’t know if he knew what he was saying but I think if we copy ISIS, this country will not be stable. It will be very violent,” he said.

END_OF_DOCUMENT_TOKEN_TO_BE_REPLACED END_OF_DOCUMENT_TOKEN_TO_BE_REPLACED

BE DISCERNING ABOUT REPORTS ON CONFLICTS, MUFTI TELLS MUSLIMS

Delivering the Eidulfitri sermon on the first day of Hari Raya Puasa at the Sultan Mosque yesterday, Dr Mohamed said: “We must be extremely careful and discerning when we read fatwas and individual opinions that call upon Muslims to kill and commit acts of violence towards others.”

END_OF_DOCUMENT_TOKEN_TO_BE_REPLACED

SEVERAL hundred supporters of hardline groups gathered at a mosque in Solo, central Java, on Tuesday to show their support for Abu Bakr al-Baghdadi, leader of the recently declared caliphate of the Islamic State in Iraq and Syria (ISIS). A similar gathering is planned on Sunday in Malang, East Java. These come on top of two similar ISIS gatherings that had already been held near Jakarta and in Bima this month, raising concerns about young Indonesians travelling to the battlefront and returning to carry out terror attacks back home.

END_OF_DOCUMENT_TOKEN_TO_BE_REPLACED

Malaysia's first ever Playboy bunny Felixia Yeap will be "reborn" this Thursday when she embraces Islam. In a Facebook status update Friday, the Ipoh lass said she chose July 3 to embrace the religion as it was also her birthday. "I hope everyone will pray that I will be steadfast and committed in my new journey. "Only Allah can repay all those who prayed for my new life," the 28-year-old said in her posting on her Facebook page that has more than 750,000 likes.

END_OF_DOCUMENT_TOKEN_TO_BE_REPLACED

A Muslim woman who bought a pair of $279 shoes was incensed to find out, after wearing them for six months, that the shoes were lined with pig skin. Administrative assistant Nur Najwa Abdullah, 43, is demanding a full refund from foot care chain Happy Walker, claiming that the sales staff had told her the shoes were made of calf skin.

END_OF_DOCUMENT_TOKEN_TO_BE_REPLACED

The Muslim religious fundies led by Ustaz Noor Deros, NUS lecturer Syed Khairudin Aljunied and Zulfikar Sharif have started a "Wear White" campaign to counter the popular Pink Dot Movement. A movement that not only preaches the freedom to love among the LGBT community but also openness and acceptance across the Singapore society. Now, the Christian fundies led by Lawrence Khong have joined in to lend their support to the Wear White campaign. He is calling his flock to wear white on 28 and 29 June in solidarity with the Muslims, to show their dissatisfaction with Pink Dot and preach further intolerance against sexual minorities.

END_OF_DOCUMENT_TOKEN_TO_BE_REPLACED

On the same day that MUIS issued an internal advisory to mosques on the LGBT issue, a group of Islamic scholars and clerics called on Muslims to refrain from attending events that support the lesbian, gay, bisexual and transgender lifestyle or movement.

END_OF_DOCUMENT_TOKEN_TO_BE_REPLACED

Why Sikhs Can Keep Beards But Muslims Cannot in SAF?

During my 4th ICT, I have a corporal posted into my unit. He’s a Muslim with facial hair just like our Sikh friend in this picture. Not trying to stir any racial/religion issue here. But upon in pro, he was asked to rid of his facial hair without any second chances. In Islam, Muslim men are encouraged to keep beards. But how is it that our dear Sikh brothers are allowed to keep facial hairs but our Muslim brothers are not allowed. This shows that the SAF is cultivating double standards.

END_OF_DOCUMENT_TOKEN_TO_BE_REPLACED

MUIS: HELP THOSE LEADING LGBT LIFESTYLES TO ABSTAIN FROM IT

We do not agree nor approve the pervasiveness of the LGBT lifestyle, and we cannot agree to the efforts in promoting such a lifestyle. Nevertheless, we have to plan for something which will not only strengthen the resilience of our community to the LGBT lifestyle, but to also help those who have been leading this lifestyle to abstain from it, and at the same time help those who have inclinations towards this lifestyle overcome those inclinations by provdng support to them.