JUDGEMENT: YANG YIN WILL NOT GET A SINGLE CENT! 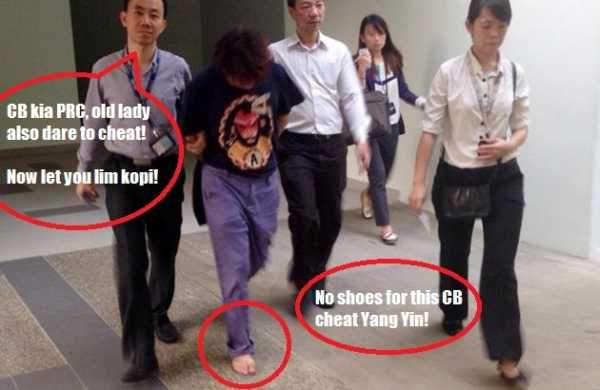 Former China tour guide Yang Yin has been officially cut off from a rich widow's new will. A court on Monday recognised Madam Chung Khin Chun's new will, which leaves most of her assets to charity. The new will, made in December last year, replaces a previous one in which she had left everything to Yang.

END_OF_DOCUMENT_TOKEN_TO_BE_REPLACED 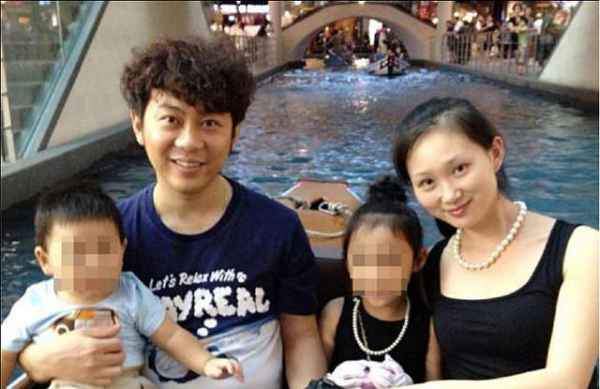 Madam Chung is well-known among Singaporeans for her association with PRC tour guide Yang Yin, who was accused of taking advantage of Chung's dementia to cheat her of her more than $40 million worth of assets. Yang is a former PAP grassroot activist in Jalan Kayu ward, where MP Intan Moktan is the MP in-charge. Yang is now facing more than 300 charges of falstification of documents and related immigration offences.

END_OF_DOCUMENT_TOKEN_TO_BE_REPLACED

PRC CHEAT YANG YIN LIED TO ICA BY TELLING THEM HE EARNS $7,000 PER MONTH The 2 charges were for his declarations that he drew a $7,000 monthly salary as managing director of his company and that his duties were to “oversee operations, give training and instructor (sic) for students”. He also declared that the company’s turnover in 2009 and 2010 were $75,080 and $135,952, respectively. These were false statements he allegedly declared to ICA while applying for PR.

END_OF_DOCUMENT_TOKEN_TO_BE_REPLACED END_OF_DOCUMENT_TOKEN_TO_BE_REPLACED

PRC CHEAT YANG YIN TO BE CHARGED IN COURT According to Chinese broadsheet Zaobao, Yang Yin will be charged in State Court this afternoon. He is expected to face 11 criminal charges. Commercial Affairs Department has filed charges against Yang under section 477A of falsification of accounts under the Penal Code. It carries a maximum penalty of 10 years in prison.

END_OF_DOCUMENT_TOKEN_TO_BE_REPLACED CHINESE national Yang Yin was so determined to make a new life in Singapore that he hired a specialised recruitment firm here to set up his company and apply for an Employment Pass (EP), as a prelude to getting permanent resident status. The studio's address is listed as the bungalow of the wealthy widow who handed control of her $40 million worth of assets to the former tour guide in 2012, after he became a Singapore PR.

END_OF_DOCUMENT_TOKEN_TO_BE_REPLACED MEMBER of Parliament Intan Azura Mokhtar said yesterday that she did write a letter of appeal regarding Mr Yang Yin's application for permanent residency (PR) here. But she did so only at the behest of Madam Chung Khin Chun.

END_OF_DOCUMENT_TOKEN_TO_BE_REPLACED Mr Yang's lawyer, Mr Joseph Liow, who was at the hearing, said his client had applied to the courts on Aug 29 to have Madam Chung returned to his care. On Aug 2, Madam Mok had taken her aunt out of her bungalow and into her home. A month later, she made Mr Yang's wife and two children leave the bungalow, where they had been staying since last year. Mr Yang was overseas at the time.

END_OF_DOCUMENT_TOKEN_TO_BE_REPLACED

DR TAN IT KOON: MY OLD FRIEND KATHLEEN CHOU CHEATED OF HER POSSESSIONS BY YANG YIN, A MALE TOURIST GUIDE FROM CHINA He tried to discourage or stop Katherine from seeing relatives and friends and other visitors to the house. He did not want others to know Kathleen’s situation. Whenever a visitor came to the house, Yang would hide himself to give the impression that he was not there. It appeared that he asked Katherine to give the standard answer that she was “all right” to all enquiries by relatives and friends. He began to behave as if he was the boss and owner of the house. He was seen sitting on Katherine’s lap and patting her on her back. She also hugged and kissed Kathleen in the presence of her house staff and other workers at the house for odd jobs.

END_OF_DOCUMENT_TOKEN_TO_BE_REPLACED Widow Madam Chung has several bank accounts with more than 5 million dollars of deposit. However, court documents showed that the bank accounts were almost empty since February this year. Court documents have revealed that Yang Yin's combined savings in his Singapore bank accounts have grown to over a million dollars after his relocation to Singapore. It was not revealed the amount of monies that were transferred to his wife, if any, since his wife is not affected by Mareva Injunction.