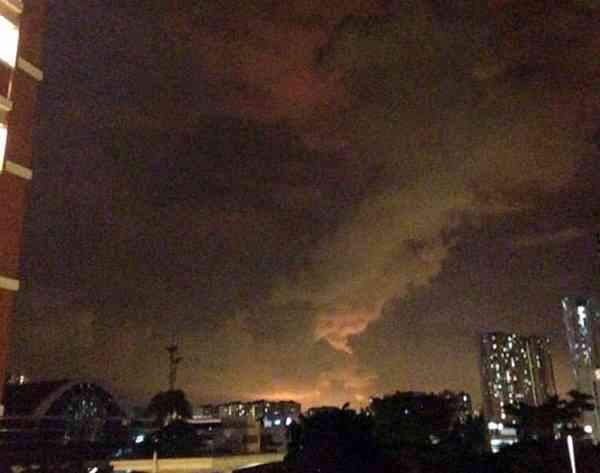 Several netizens have submitted questions about a "red cloud" in the western sky in Singapore. Some netizens wondered if the redness in the sky was because of a massive fire at one of the factories on Jurong Island, or chemicals being spewed out of gas chimneys from one of the factories there. According to one netizen who called the NEA, the red cloud comes from an incinerator plant operating at Jurong at night. The light from the blaze brightens up the darkened sky and causes a "red cloud" to appear over western Singapore.