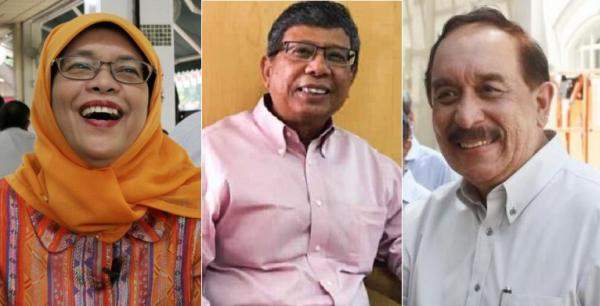 Netizen Ismail Kassim thinks Mdm Halimah Yacob is an inspiring personality but not when she is a "PAP-sponsored" candidate. He acknowledged that all 3 candidates have achieved a lot but are only hurting themselves by taking part in the "flawed EP contest".

END_OF_DOCUMENT_TOKEN_TO_BE_REPLACED

A nine year old boy was playing football with a friend at a void deck when the ball accidentally hit a girl on her shoulder. The 6 year old girl who was on her skate scooter lost balance and fell. She burst into tears. Her father, Keith Tan Chee Siang, pacified her. After she stopped crying, Tan ordered the boy to stand still (near the wall) as Tan kicked the ball against the boy's legs thrice. The first three shots were aimed at the boy's legs but the fourth bounced off the wall and hit his face. The impact caused the boy's nose to bleed.