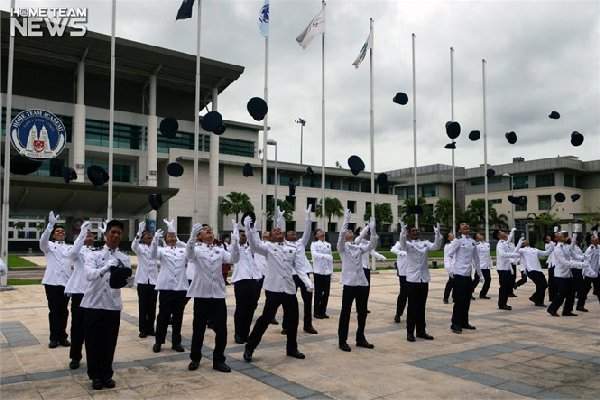 While we are celebrating SG50 and the contributions of all Singaporean over the past 5 decades, I cannot help but think certain sector of National Service are not appreciated equally. I'm was a NSmen part of the Home Team and I served my nation unreservedly. Everyone knew that during National Service, our allowance was of mediocre amount but we all make do with what we had then.

END_OF_DOCUMENT_TOKEN_TO_BE_REPLACED

SINGAPORE: An independent review panel will be set up to look into the misconduct of Home Team officers. Home Affairs Minister Teo Chee Hean announced this in Parliament on Thursday during the Committee of Supply debate for his ministry. The panel will augment the current system in place within individual Home Team agencies, for carrying out investigations into allegations of wrongdoing or misconduct by their officers. Mr Teo, who is also deputy prime minister, said that when directed by the minister, the panel will review the findings of internal investigations into cases of serious alleged misconduct by an officer in his official capacity.

END_OF_DOCUMENT_TOKEN_TO_BE_REPLACED

Murder, he solves: ASP Roy Lim will work round the clock to beat crime

There is no typical workday for the 42-year-old detective from the Criminal Investigation Department (CID). Earlier this month, he helped to nab the two suspects involved in the kidnap of the Sheng Siong supermarket chief's mother. It led to 39 officers, two police departments and four units being honoured with the Minister for Home Affairs Operational Excellence Award.

END_OF_DOCUMENT_TOKEN_TO_BE_REPLACED

Shame on the Home team

Now is as good a time to do so given the tragic-comedy over the past few days involving a Malaysian woman driver who “slipped’’ through Woodlands checkpoint. Now I would have thought that border security would have been stepped up over the year, given that our neighbours in the north have let out those it had detained without trial. Surely, we need an even stronger perimeter to prevent undesirables from entering?