APPEAL FOR WITNESS: MY GF WAS HIT & RUN BY SPEEDING TAXI IN ANG MO KIO 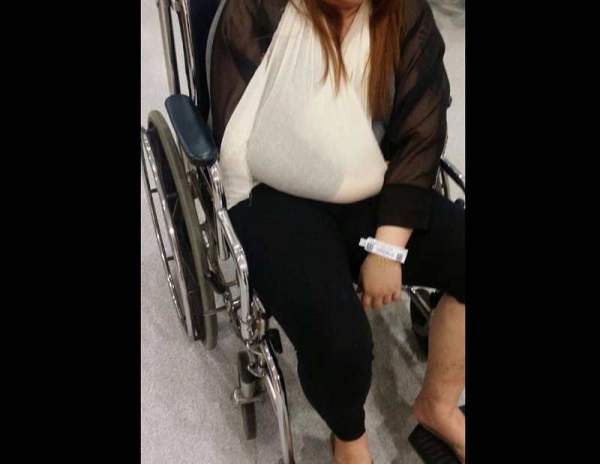 I was walking home with my girlfriend And we waited for traffic light, when the green man flashing we started to cross about four or five step suddenly there is a taxi speeding and make a quick turn without slowing down. I make a quick reaction by pull my girlfriend toward me, unfortunately still get hurt by the taxi.

END_OF_DOCUMENT_TOKEN_TO_BE_REPLACED

HIT & RUN DRIVER KILLED A DOG, WE CHASED THEM DOWN TO GET JUSTICE At around 10.50pm two nights ago my bf chased after a suspected hit-and-run driver who killed a dog along Bartley flyover. There was a young couple probably in their 30s seated inside, straight faced, with the front part of their car torn off. Having no concrete evidence, we went to Tampines police HQ to lodge a report with their car plate number so they could dig up the footage from the camera installed at the lamppost where the dog died.

END_OF_DOCUMENT_TOKEN_TO_BE_REPLACED 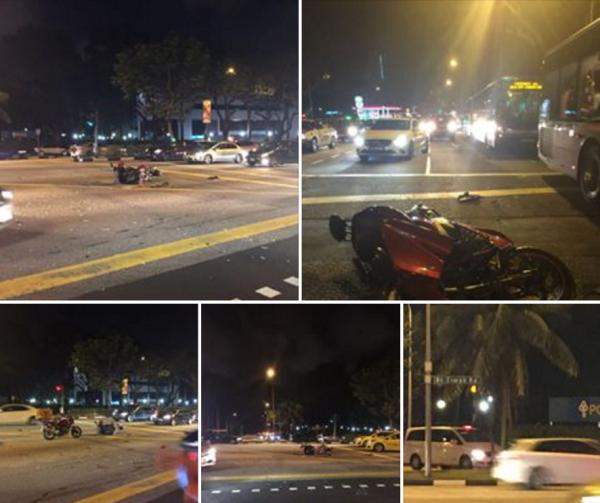 My friend was involved in a hit and run accident that happened on 19 August 2016 at around 10pm at the junction between Bukit Timah Road and Cavenagh Road.. He was on his scooter doing a right turn with green light in his favor when a silver/ champagne colored Toyota beat the traffic light and hit him. The car sped off immediately with a semi-detached bumper.

END_OF_DOCUMENT_TOKEN_TO_BE_REPLACED 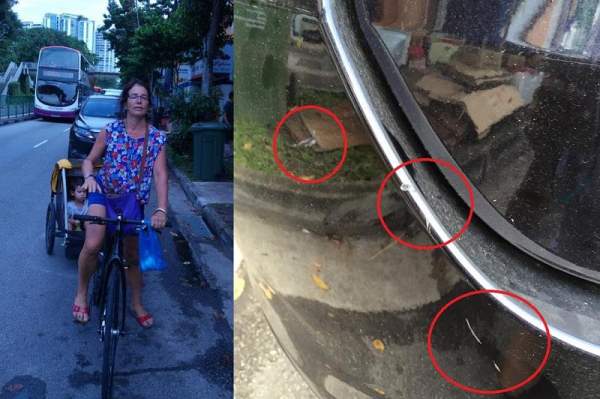 Anyone knows what we can do? This woman over here; parked her bike behind our car. She seemed drunk. She reversed and knocked on our car. The sound was so loud mum quickly went to her car and saw the lady's bike almost falling off the ground and the lady hurriedly tried to flee. I grabbed hold onto her bike and stopped her it, we confronted her. She insisted it wasn't her. The scratch and dent is very deep. Any way we can take any action against her?

END_OF_DOCUMENT_TOKEN_TO_BE_REPLACED 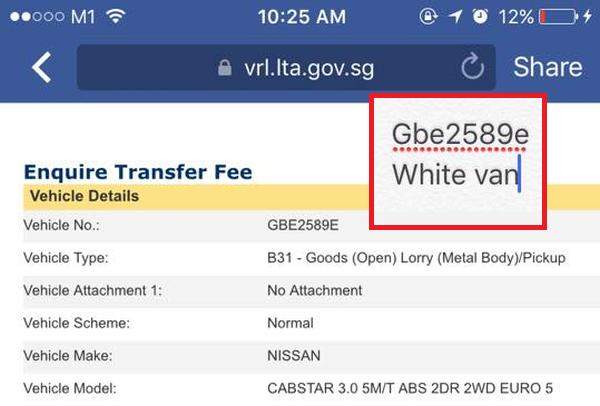 Vehicle Number GBE 2589 E WHITE VAN // LORRY. Just to let you know my mum is in ICU now. Thanks for hitting her and not helping her up instead you choose to run away. Well whoever you are, run hard! Or better still run into me. Catch up soon Mr or Mrs van driver!

END_OF_DOCUMENT_TOKEN_TO_BE_REPLACED 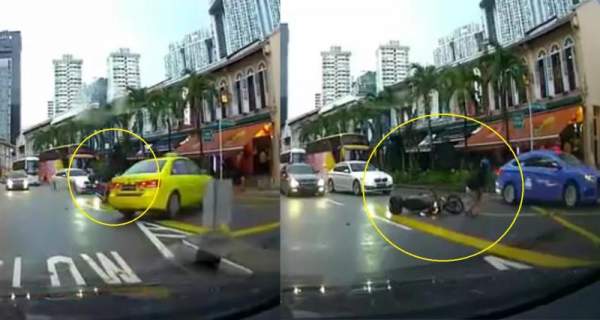 I was on my way to dinner and this yellow cab was in front of me. The cab made a reckless right turn even though the oncoming motorcyclist had the right of way going straight. His reckless turn caused the biker to e-brake and fall over. I tried to chase after the taxi but he sped off after exiting Duxton.

END_OF_DOCUMENT_TOKEN_TO_BE_REPLACED 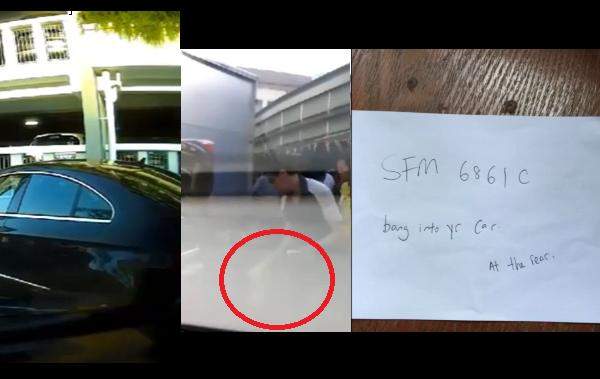 My mom got into a hit and run incident at Jurong West ST 52 market on the 16th of July 2016. She first did not realise the scratches until when she was about to drive off, she saw a piece of paper at the front of the windscreen. After reading the content which wrote "SFM 6861C bang into yr car At the rear", she walked around the car and saw scratches at the right-rear of her car. She immediately off her car camera to prevent the camera from over-writing the contents, she then asked me to review the footage.

END_OF_DOCUMENT_TOKEN_TO_BE_REPLACED 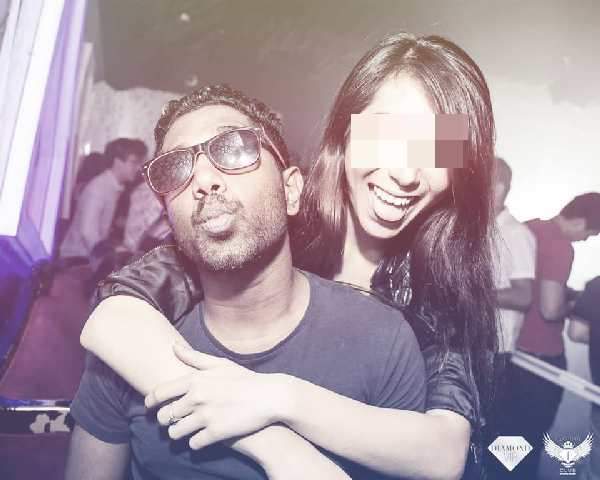 It is a very dark time for us right now as Mano Kunasegaran is recovering in the hospital after a hit and run accident at Clarke Quay last night. My boss, colleague and friend suffered a cracked skull, sprained spine, a broken shoulder and grave injustice as the drunken driver that hit and ran still has not been caught.

END_OF_DOCUMENT_TOKEN_TO_BE_REPLACED

DEAR OWNER OF THIS CAR, LORRY GY5492R CRASH INTO YR CAR ON PURPOSE 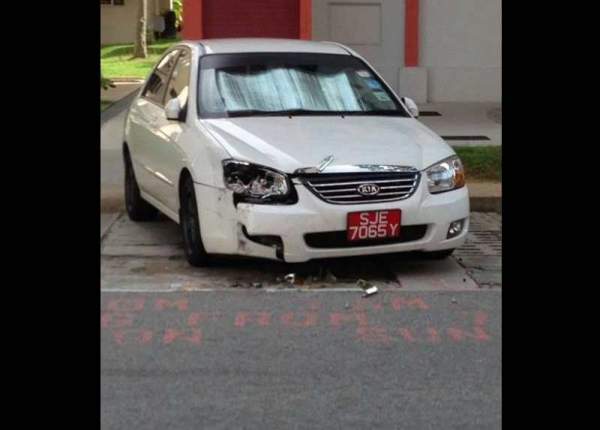 this morning around 10.30am my boyfriend saw a lorry ( GY5492R) hit a stationary car at Tampines St 91 carpark twice and drove off immediately. Leaving the car badly crushed on the side and the impact even pushed the car out of its lot. The actions seemed more of intentional than accidental.

END_OF_DOCUMENT_TOKEN_TO_BE_REPLACED

BUS DRIVER HITS MY CAR, REFUSE TO SWOP DETAILS, SPEED OFF WHILE WAITING FOR POLICE TO ARRIVE

I was turning left at e junction on upper changi rd heading towards upper changi rd east. He was on e other lane .he hit my car n drag after e junction n sped off without stopping. Which i have to chase after him for a short distance n manage to stop him at One World International school along upper changi rd east. I say ok, request him to pass me his ic n driving licence, which I would also pass him mine for particular exchange. he insist don wan show his licence which he will just write down his particular to me only. While I was talking on e phone with police. he jux drove off like nobody business. even i try to signal him to hold on for the police come. he just speed off,