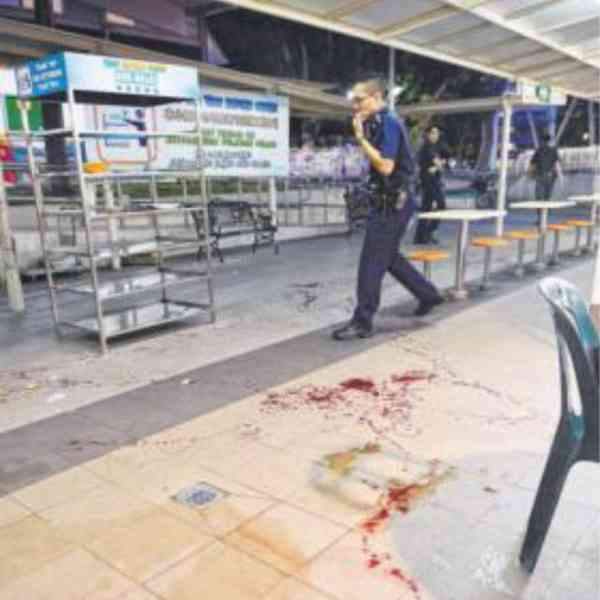 According to Chinese Daily Shin Min, a 25 year-old youth, who goes by the name Rizwan, was arrested today after attacking his friend with a 40cm knife. The two came to blows during a quarrel. Eye witnesses said that two young men, who appeared to be about the same age, suddenly started shouting at each other before one of the youths brandished a knife and slashed the victim. The victim used his bare hand to block the blows from his assailant, but end up getting severely slashed on his palm and last finger.

END_OF_DOCUMENT_TOKEN_TO_BE_REPLACED Part of the problem is that hawker food is too cheap. While there has been dismay over price increases, in reality they have not increased significantly in recent years. An article last year ("Serving up a good deal for hawkers"; May 30, 2013) noted that overall, the price of chicken rice has increased a mere 50 cents since 1993.

END_OF_DOCUMENT_TOKEN_TO_BE_REPLACED

Goh said he spoke to some people in the industry and found out that the rule came about because in the 1970s and 80s, the government did not want people to sell “restaurant type” food in hawker centres to ensure that they would not charge “restaurant type” prices. This was done to keep food affordable for the masses.