Cpl Dipprasad Pun, from the 1st Battalion the Royal Gurkha Rifles, was awarded the Conspicuous Gallantry Cross during an investiture ceremony at Buckingham Palace today. He is credited for single handedly defeating 30 Taliban fighters in an intense fire fight lasting half an hour while defending his post from a massive Taliban attack. In total he fired off 250 general purpose machine gun rounds, 180 SA80 rounds, six phosphorous grenades, six normal grenades, five underslung grenade launcher rounds and one Claymore mine.

END_OF_DOCUMENT_TOKEN_TO_BE_REPLACED

LOCALLY BORN AND BRED GURKHA IS PREFERRED THAN IMPORTING PRC Singapore needs more citizens and permanent residents, and the children of the Gurkha officers would be prime candidates. Some were born here, many have studied in local schools, they know our cultures well, love Singapore and can assimilate easily. I welcome more Singapore-born Gurkha national servicemen, nurses, social workers, teachers, engineers and hospitality staff.

END_OF_DOCUMENT_TOKEN_TO_BE_REPLACED

PIONEER GURKHA: I AM READY TO DIE FOR SINGAPORE 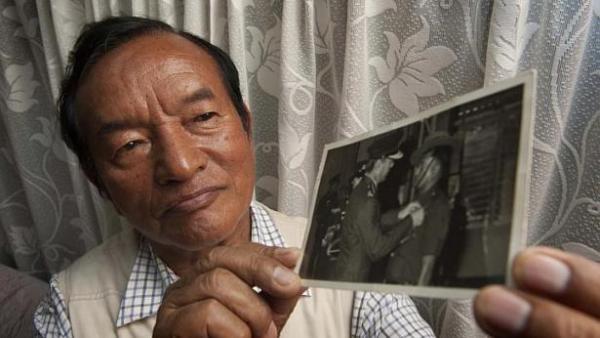 "When Malays were beating Chinese, Malay policemen would let them continue," says Mr Gurung, 72, who served from 1961 to 1988. "When Chinese were beating Malays, Chinese policemen would do nothing." Racial tensions were so high that each three-man patrol needed a Gurkha to act as a neutral presence while his counterparts, one Chinese and one Malay, dealt with their own community. At the height of the violence, Mr Gurung often did not even have time for a meal.