The 16 year old was merciless in his attacks when he used the bread knife to hack away at the 19 year old. I saw these pictures online of his injuries. They look quite bad, some even can see the bone.

END_OF_DOCUMENT_TOKEN_TO_BE_REPLACED

ITE SLASHER’S MOTHER: 19 YR OLD BOY WHO RUN AWAY FROM MY SON HAVE NO BALLS 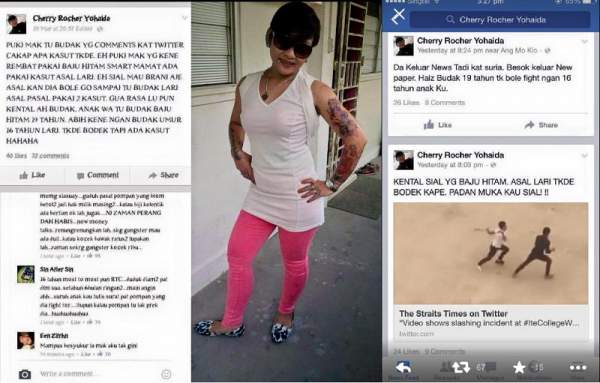 I saw the Facebook posting made by the mother of the boy who used a bread knife to slash another at ITE College West. Instead of feeling ashamed of his action, she openly curse and defend her son action and even insult the guy who got slashed saying that he has no balls to fight her 16 year old son. With a mother like this, no wonder the son is so brazen and openly take knife want to chop another man over a girlfriend problem.

END_OF_DOCUMENT_TOKEN_TO_BE_REPLACED 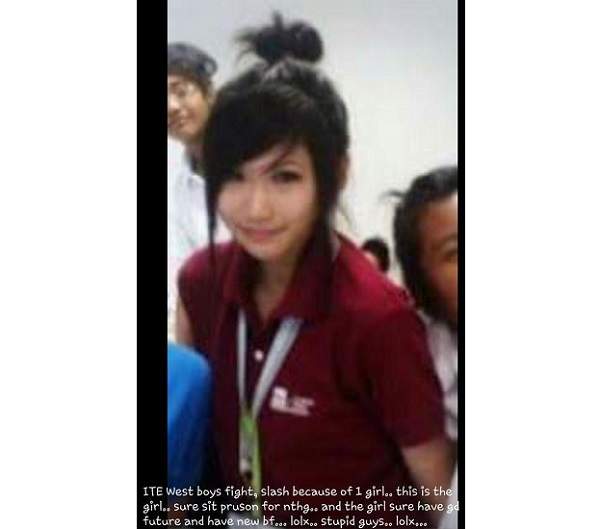 I saw this online saying that yesterday's slashing at ITE College West was due to relationship problem. The two malay gladiators were fighting over a chinese girl who study at the ITE. Is she worth fighting and spilling blood for?