A gas leak from a damaged underground pipe caused about 1,305 households in 12 HDB flats at Jurong West to go without gas. The gas disruption occurred on Friday afternoon. There was also a fire that broke out at the void deck of one of the blocks as a direct result of the gas leak. Fortunately, SCDF managed to put out the fire. Reports indicated that some work were being carried out at the underground pipe which got damaged. All affected blocks had their gas supply back on by 9pm. SP Group indicated that the gas pipes were switched off as a precautionary measure and to isolate the leak while engineers repair the damaged pipe and restore supply.

END_OF_DOCUMENT_TOKEN_TO_BE_REPLACED

MANHOLE EXPLODES AT JUNCTION OF HILL STREET AND HIGH STREET 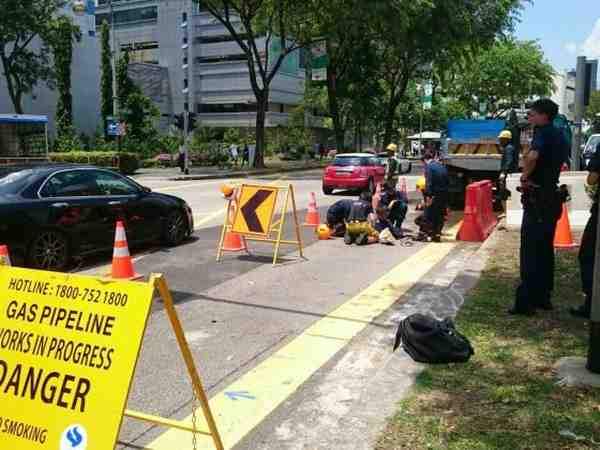 Passers by were shocked when a manhole at the junction of Hill Street and High Street exploded this morning, with flames coming out of the opening that the explosion created. Singapore Civil Defence Force (SCDF) received a report of the incident at around 7.30am this morning and extinguished the fire with a foam jet.