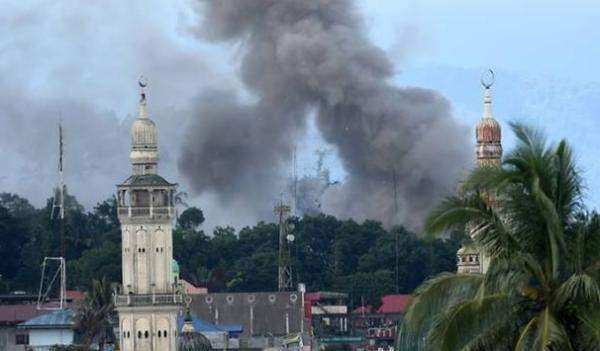 END_OF_DOCUMENT_TOKEN_TO_BE_REPLACED

PHILIPPINES MILITARY CLAIMS SINGAPOREANS AMONG THOSE FIGHTING FOR ISIS According to the Philippines military, the foreign fighters also included some from Singapore. If this is true, then the Philippines military better let Singapore's authorities know who these people are. If Singaporeans are involved in ISIS linked activities overseas, then we have the right to know. First thing, Philippines is not that far away from Singapore. Secondly, if these Singaporeans are really fighting under the ISIS flag, then how did they became embroiled in the first place? Are there any more of these Singaporeans with ISIS ideology who are actually still in Singapore, waiting for the right time to strike? And if it is true that there are Singaporeans involved in ISIS activities, don't this people have family in Singapore? Would their families also hold similar ideology? All these needs to be addressed quickly. After the Manchester attacks, we should not take anything for granted. If it is true that there are Singaporeans fighting for ISIS, then the authorities better know about them, and better do something about it. he threat is real, we should not take anything for granted.