IMPATIENT DRIVER ZOOMS PAST CARS, ENDED UP FLIPPED ON ITS SIDE 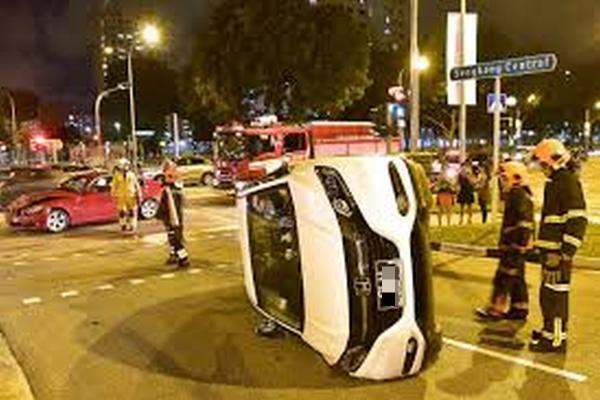 The 50 year old driver of the Honda appeared unscathed after he alighted from an ambulance at the scene. It was reported that his car was hit after it suddenly cut in front of another car, which was a GrabHitch ride with two passengers. One of the passenger stated that the car came in front of the GrabHitch car suddenly, and the driver managed to brake on time.