Singaporeans will have to go out to vote on 10 July when they would have preferred to stay safe from the risk of getting COVID-19. Almost three months after lockdown began, new cases still remain stubbornly in the three-digit range, a result of the PAP’s poor handling of the pandemic. The resulting economic damage could have been avoided.

END_OF_DOCUMENT_TOKEN_TO_BE_REPLACED

GE2020: Lee Hsien Yang Says You Can Love Singapore And Yet Not Vote For PAP

First, he said that the PAP has lost its way. He said that the current government is distinctly different from when LKY was PM and subsequently MM. Second, he said that it is possible to be a loyal Singaporean, to be proud of our past accomplishments, to love Singapore and yet to not vote PAP.

END_OF_DOCUMENT_TOKEN_TO_BE_REPLACED

GE2020: Lee Hsien Yang Has Joined PSP As A Party Member, Will He Stand In The Coming Elections?

Lee Hsien Yang - the son of the late Lee Kuan Yew, and brother of the current Prime Minister, will has just joined the opposition Progress Singapore Party as a member. This was announced early this morning at the Tiong Bahru market by PSP Sec Gen Dr Tan Cheng Bock, who also handed Mr Lee his member card at the same time.

END_OF_DOCUMENT_TOKEN_TO_BE_REPLACED

WHY IS THE GOVT SO KEEN TO HAVE A SECRET COMMITTEE FOR OXLEY ROAD? Mr Lee Kuan Yew wanted Dr Lee Wei Ling to stay in the house as long as she wanted. The Government has publicly stated that it will respect those wishes and does not intend to do anything until Dr Lee leaves. Letting the house stand for now does not go against those wishes. Mr Lee Hsien Yang has said Dr Lee does not want to move out and she has every intention of living a long life. That being the case, the matter may well not need to be decided for another 20-30 years. It can be decided by a future government. So there is nothing for the Government to decide now” – why not throw this question back to the Government? Why the urgency to set up a ministerial committee in July last year? With regard to “The real question therefore is why Mr Lee Hsien Yang is asking for an immediate commitment on demolition now. What is the urgency? Until and unless Dr Lee moves out, there is nothing for the Government to decide. It is also a principle that the current government will not be able to bind a future government””. “In response, Mr Lee Hsien Yang said: “We have never asked the Government to allow us to demolish the house now, only after Wei Ling’s departure.” He also questioned again why the “secret committee” on the house was formed in 2016.

END_OF_DOCUMENT_TOKEN_TO_BE_REPLACED 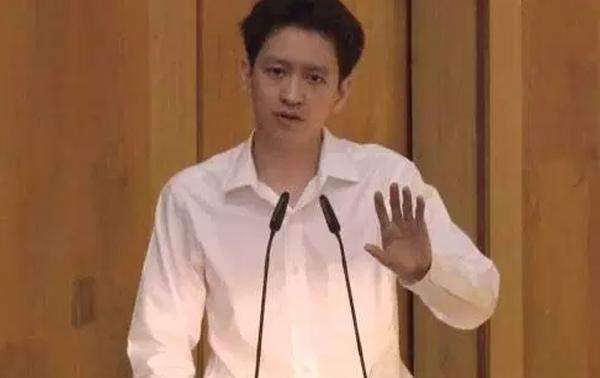