Tag Archives: Fabrications About The PAP

Shamsul Kamar has apologized for being “misunderstood” and not because he was sorry to Ms Sarah. He had shared a post by “Fabrications About the PAP”, insinuating that she has an “agenda” because she supports the Workers’ Party. This is despite having no evidence the woman in the photo was …

END_OF_DOCUMENT_TOKEN_TO_BE_REPLACED

Pro-PAP Facebook page Critical Spectator was one of those deactivated on 8 July 2020. However in a twist of events, Critical Spectator managed to get itself reinstated in late July. Polish national Michael Petraeus, explained that he "had to pull all the strings that I could, push Facebook's support and get the case higher up," Michael Petraeus was eventually helped by an unnamed Facebook staff to put his name on the line It is disturbing that a foreigner is able to pull strings that influenced a Facebook staff in Singapore to risk his job for the sake of getting this pro-PAP Facebook page back online.

END_OF_DOCUMENT_TOKEN_TO_BE_REPLACED

WHY OTHER ADMINS FOR PRO-PAP FANPAGE NOT HAULED UP FOR POLICE INVESTIGATION? 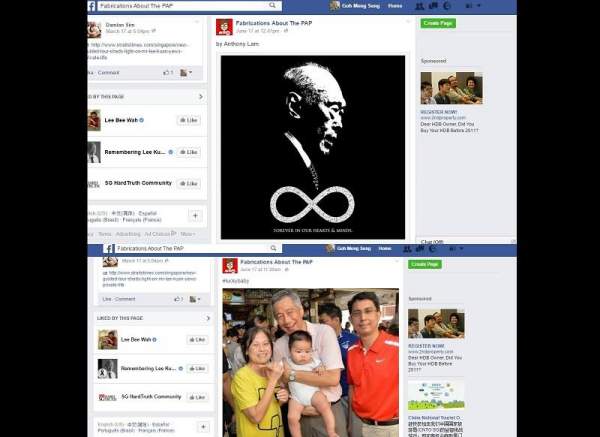 Proof that Jason Chua is NOT the only one behind FAP (Picha Lobang.... hope he didn't tell the police he is the only one behind FAP!) If we were to believe in Jason Chua's account, then it would not be possible at all for him to do any posting on FB from 9.40am till 4pm on 17 June. However, on 17 June 2016, during this period of time, there were TWO posts appearing on FAP! One appear on 11.30am and another on 12.41pm! Thus, we could only conclude that FAP is not run by Jason Chua alone and there is AT LEAST one more person behind FAP! So, is the police to investigate the other person(s) behind FAP?

END_OF_DOCUMENT_TOKEN_TO_BE_REPLACED 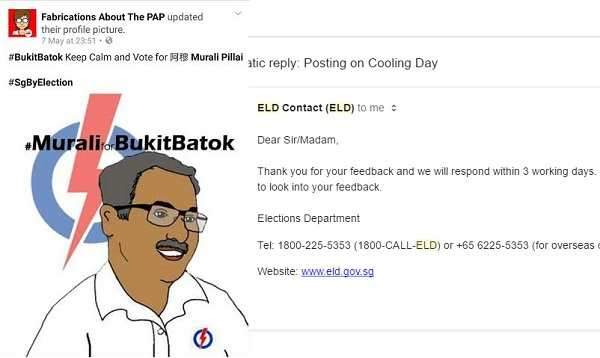 I’ve written to ELD to complaint about FAP posting campaign contents to support PAP on the 30th May. The auto-reply says will revert to me in 3 working days, I’ve sent a reminder to ask about the status on 1 June. But there were still no reply from ELD. On 6th June afternoon, after the 3 working days, I called up ELD to enquiry about the status. Got a call back from ELD this morning 7th June to say that they are looking into the matter. The officer acknowledge that the evidence shows that FAP has posted “Vote Murali because he’s working for you. Not because you are part of a political journey.”