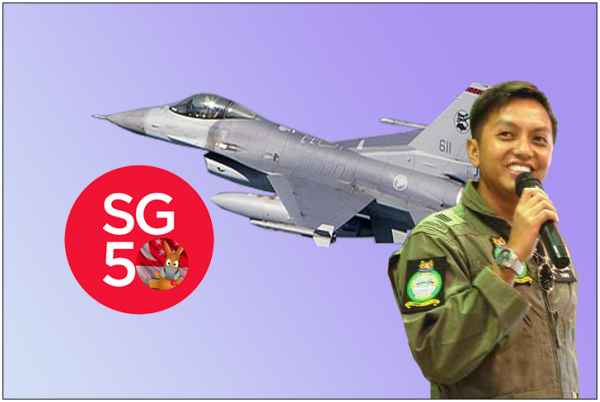 I want to share about a member of our Malay community whom I believe is a good example and many youngsters in our community look up to him as their idol and role model. He paved the way for us to dream big and give us hope that nothing is impossible. He is MAJOR Yusri Abu Bakar the first Malay F-16 fighter pilot in the RSAF. Considering that only ONE in a thousand can make the cut to become a fighter pilot, he managed to overcome the odds stacked against him and show his ability to fly the war machine.

END_OF_DOCUMENT_TOKEN_TO_BE_REPLACED

The Spore air force went to the US to take part in their Red Flag combat exercise. For the first three days, our F-16 pilots, no matter how much they planned and prepared, they were always ambushed by the USAF F-15s. Then they realized that the USAF pilots were eavesdropping on their conversations (not disallowed by the rules), so they switched from plain English to Singlish/Chinese/Malay.

END_OF_DOCUMENT_TOKEN_TO_BE_REPLACED

The Republic of Singapore Air Force (RSAF) Air Defence and Operations Command tracked the small plane as it flew towards Singapore, and it was quickly established that the Caravan did not have an approved flight plan - a 'red flag', especially since the Sept 11, 2001, terrorist attacks in the United States. At 6.42pm, a pair of missile-armed F16D jets, which also have 20mm guns, thundered off from an air base. They quickly spotted the Caravan with its massive floats - pontoons mounted beneath the fuselage - and signalled it to land at Changi Airport's central runway just before 8pm. Airport police immediately surrounded the plane.