END_OF_DOCUMENT_TOKEN_TO_BE_REPLACED

PAP East Coast candidate Jessica Tan, aka upside-down mask woman, embarrassed herself once again when during a house visit, she failed to understand why the makcik declined to take a photo with her when she was not wearing a Tudung. Insisting on a photo, she said “No need la pretty already!” Xia suay.

END_OF_DOCUMENT_TOKEN_TO_BE_REPLACED

On 3 July, a sharp-eyed netizen spotted foreign workers wearing East Coast-Fengshan Town Council uniforms carrying and transporting a trolley full of PAP election material. The East Coast-Fengshan Town Council eventually caught wind of this incident and conducted an investigation. Within a day, the Town Council eventually identified these workers as employers of its estate cleaning contractor. A Town Council spokesperson told the 158 state media the workers "were not fulfilling any duties related to the town council at that time." The spokesperson also claimed the estate cleaning contractor was reminded to observe the Town Council's guidelines, and that its workers should not be wearing Town Council uniforms to do "non-town council-related work."

END_OF_DOCUMENT_TOKEN_TO_BE_REPLACED

A resident has spotted foreign workers from the East Coast-Fengshan town council carrying and transporting a trolley full of bags and subsequently distributing PAP election pamplets and newsletters to voters in the ward.

END_OF_DOCUMENT_TOKEN_TO_BE_REPLACED

GE2020: East Coast Voters Should Vote WP So That Tharman Can Be Prime Minister

To East Coast voters, please vote WP and vote Heng Swee Keat out. This is the best chance for us to get Tharman as Singapore's PM, if Heng is out. You will get Nicole Seah and an excellent WP team in Parliament. Heng Swee Keat can be appointed to head GIC or better still, Temasek Holdings to replace Ho Ching.

END_OF_DOCUMENT_TOKEN_TO_BE_REPLACED

Will Low Thia Khiang Be Contesting In East Coast GRC?

Prominent WP NMPs Daniel Goh and Leon Perera have been seen going on walkabouts around Aljunied with Low Thia Khiang, raising the possibility that both will be candidates in Aljunied GRC. Expert political observer Tan Ern Ser said that Low Thia Khiang's move to contest East Coast GRC will not affect the chances of losing WP losing Aljunied GRC.

END_OF_DOCUMENT_TOKEN_TO_BE_REPLACED 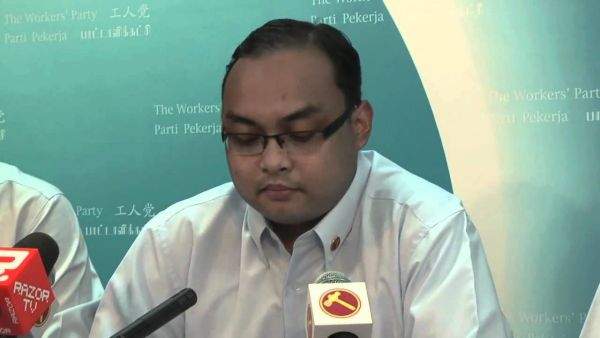