Man Desperately Looking For Suitable Liver Donor For His Father, Begged That He Be Granted New Lease Of Life

A man living in Singapore is desperately looking for a suitable liver donor for his father. His father suffers from end-stage liver disease and has blood type O+. Those who are keen to help give the father a new lease of life may click in for more details.

END_OF_DOCUMENT_TOKEN_TO_BE_REPLACED 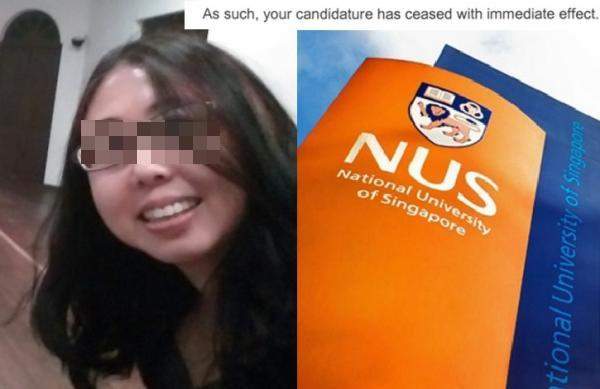 NUS has demanded ex-student Jeanne Ten to remove her blog post which crowdfunded for legal fees against the university. It warned her that it will enforce its legal rights against her if she did not take the posts down. This comes a little too late as she has already reached her goal of $5000. Jeanne thanked donors for their contributions and said: "I will not give up the fight. Please continue to support me".

END_OF_DOCUMENT_TOKEN_TO_BE_REPLACED

APPEAL FOR HELP: MY DYING FATHER IS IN NEED OF AN URGENT LIVER DONOR Hi, to those who know me and for those who don't. My dad fell seriously ill these past few years. His liver is deteriorating as time past. Some may say the causes of liver failing and what not is due to smoking or drinking. He did none. He was a healthy and happy man. The doctor told us that his liver is failing even further as days come and is appealing for a urgent liver donor that is 90kg and above. Hoping a donor can give him another chance at life.

END_OF_DOCUMENT_TOKEN_TO_BE_REPLACED A marathon masturbator in China died after he donated his seed to a sperm bank four times in just 10 days. Zheng Gang was found slumped over and unconscious in a private booth at the Wuhan University facility in Hubei Province after staff noticed he hadn’t come out in two hours, The Daily Mail reports. When the medics broke down the door, they discovered the 23-year-old lying on the floor and immediately tried to resuscitate him. Doctors ultimately pronounced him dead of a heart attack.