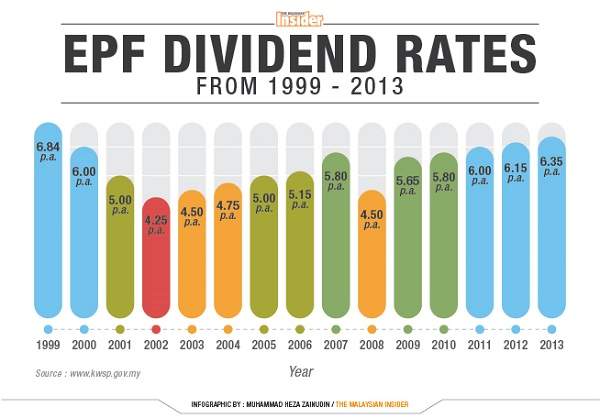 The Malaysian Employees Provident Fund (EPF) will declare a dividend of 6.75% for last year to its 14 million members, sources said. The payment was the highest since 1999, when the dividend was 6.84%, the source said. On the other hand, even though Temasek Holdings claims to have made an average of 16% profits per annum since its inception, CPF, Singapore's equivalent of the Malaysian EPF has stuck to its 3.5% to 4% interest rates for Singaporeans.