Edited post (as it's obviously confusing to some)- 20 packets of orange candy melts to give away/BLESS. (Would appreciate baby wipes or diapers in exchage as I'm preggie now). Kindly comment how many u want. Best before date WAS June 2015. Anyone nice is welcome to take- not necessary to have anything in exchange. (I have blessed quite a few items already with no complaints). Note: this has been expired and for those who want to do testing with it. It's a pity to throw that's why I'm offering it here.

END_OF_DOCUMENT_TOKEN_TO_BE_REPLACED 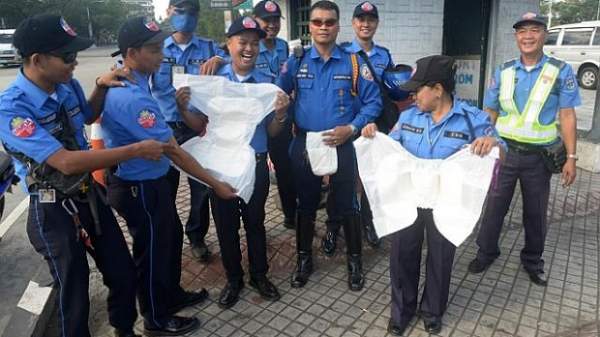 The Philippines traffic authority is forcing thousands of its staff to wear adult diapers so as to keep them at their posts during Pope Francis' visit to the country. In an interview with Metropolitan Manila Development Authority (MMDA) chief Francis Tolentino, he said that an initial batch of 2,000 diapers will be issued to constables in charge of overseeing traffic during the Feast of the Black Nazarene scheduled on January 9.