END_OF_DOCUMENT_TOKEN_TO_BE_REPLACED

A netizen appeals for witnesses or footage of his accident along TPE towards Changi this morning. He claims a white car abruptly changed lanes and caused him to crash.

END_OF_DOCUMENT_TOKEN_TO_BE_REPLACED 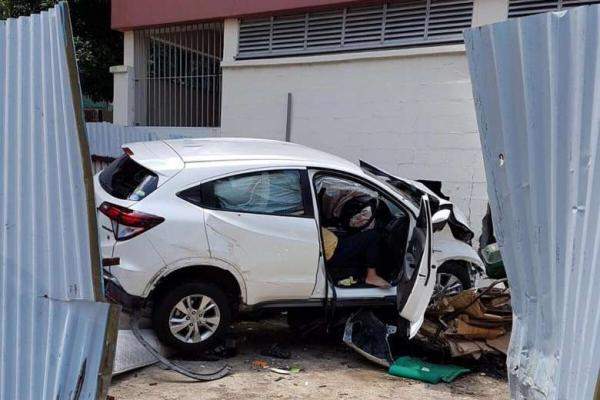 A 48-year-old man was taken to hospital after crashing his car, a white Honda Vezel, into a rubbish collection point in Ang Mo Kio on Monday. The accident apparently happened at an open air carpark along Ang Mo Kio Avenue 3

END_OF_DOCUMENT_TOKEN_TO_BE_REPLACED The Uber car crashed into a tree along Xilin Avenue on Sunday morning, and the 22 year old driver, who was not injured, have been arrested for causing death by a negligent act. A 31 year old male passenger was found motionless and subsequently pronounced dead by paramedics.

END_OF_DOCUMENT_TOKEN_TO_BE_REPLACED 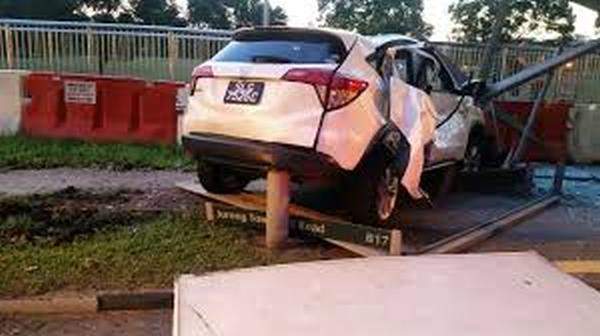 In quite clearly what can be called a horrific crash, a white Honda car ploughed into a bus stop along Jurong Town Hall on Monday afternoon. Fortunately, no one at the bus stop was hurt. The woman driver, though, was taken to hospital. The car had crashed into the bus stop, and the aftermath showed that it had wrecked the bus stop, where the billboard, the bus stop sign and parts of the shelter were totally wrecked.The woman driver was taken conscious to the hospital, and it is understood she suffered only minor injuries.

END_OF_DOCUMENT_TOKEN_TO_BE_REPLACED

A car drove into the bushes at Changi Airport Terminal 2 yesterday evening. An onlooker described the white car as driving at high speed before mounting the kerb and crashing into some bushes near the terminal's coach stand. The driver was not reported to have suffered much injuries. His car was not damaged either.

END_OF_DOCUMENT_TOKEN_TO_BE_REPLACED 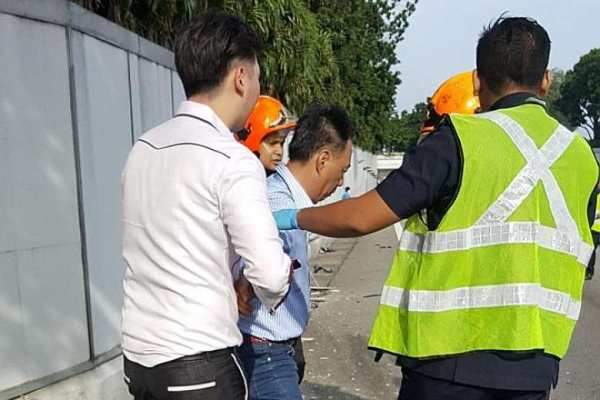 The Singapore Police announced on Tuesday that the 53 year old Mercedes driver who sped against the flow of traffic on the AYE causing multiple fatal accidents has been charged for causing death by reckless or dangerous driving. Lim made an illegal u-turn just before the Tuas customs check point and drove against the flow of AYE traffic at high speed, crashing into several vehicles in the process. His rash acts caused the death of Liong Kuo Hwa and left 3 others seriously injured. For his reckless and dangerous driving, he can be jailed up to 5 years imprisonment.

END_OF_DOCUMENT_TOKEN_TO_BE_REPLACED 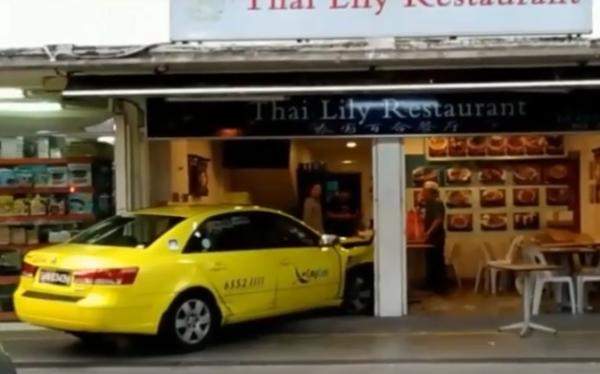 Yesterday (Nov 17), at about 5.20pm, a taxi crashed into a Thai eatery at Toa Payoh Lorong 1. A passer-by noticed that the taxi-driver was not in the driver's seat, but he was in the passenger seat. Oil from the taxi spilled all over the shop. Some of the walls of the shop were damaged as a result of the crash.

END_OF_DOCUMENT_TOKEN_TO_BE_REPLACED

SPEEDING E-BIKER CRASH INTO OLD MAN, PUSH & THREATENS TO BEAT HIM UP

At along walking pathway Yishun Ave 2 toward Yishun stadium. Please be careful. A very fast e-scooter male rider hit public with his e-scooter, even immediately stopped to push victim and wanted to BEAT up victim (victim is my Qigong Shifu). E-scooter run away fast with his E-scooter. Now, 4 of us are still with police officers. Everything happen so fast within minutes.

END_OF_DOCUMENT_TOKEN_TO_BE_REPLACED A Police car drove past me along Dorset road and I kid you not, but I had thought to myself, "Wow that Police car is going way too fast! (On a narrow road like this)." Moments later, it swerves and crashes, narrowly missing a fitness corner.