HOW CAN INFOCOMM JOBS HAVE HIGH ‘GROWTH’ WHEN THEY’VE HIGH UNEMPLOYMENT RATE TOO?

END_OF_DOCUMENT_TOKEN_TO_BE_REPLACED

WP’S LEON PERERA: WE FILED QUESTIONS LONG AGO, STILL NOT ANSWERED IN PARLIAMENT

Workers' Party's Leon Perera spoke up about the restrictions to asking more questions in Parliament due to limited quota. He listed questions on transport, finance, parliamentary videos, etc that have not been answered since April.

END_OF_DOCUMENT_TOKEN_TO_BE_REPLACED

TEACHERS TOLD STUDENTS TO NOT INFORM PARENTS ABOUT SCHOOL BULLYING 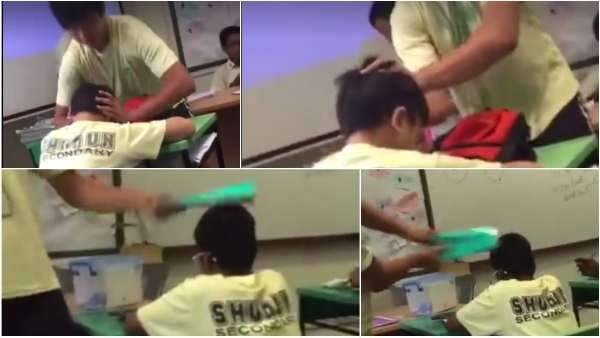 I've some concerns pertaining to protocols in school. My little one who is in primary one was constantly poked by her classmate with pencils which left marks on her arms. I called up her teacher to inform her of the incidents to which her teacher inform me she'll make some changes in the seating arrangement. True to her words, some swops were made the following day. However, she had told my daughter not to inform me subsequently!

END_OF_DOCUMENT_TOKEN_TO_BE_REPLACED

Boeing 777 Pilots: It’s Not Easy To Disable Onboard Communications

Commercial aviation pilots tell NPR that they would have no idea how to disable all the systems designed to automatically communicate with ground stations, though they could probably figure it out from checklists and other documentation available aboard an aircraft. Aircraft such as the Malaysia Airlines Boeing 777, which disappeared over the Gulf of Thailand a week ago, are equipped with transponders that give their position to air traffic control. The transponders can be switched off with a flick of a switch. But modern planes like the 777 have two other systems as well: cockpit radios and a text-based system known as aircraft communications addressing and reporting system, or ACARS, which can be used to send messages or information about the plane.