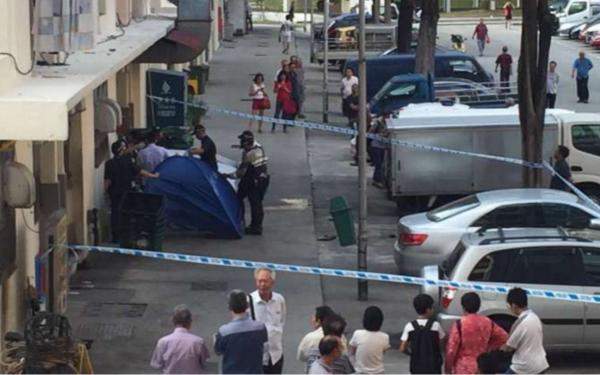 An elderly woman was killed after a taxi reversed into her at high speed at a carpark in Bedok North Street 2 on Wednesday (March 30). Madam Poh Ah Gin was collecting cardboard behind a coffeeshop at Block 123. Madam Poh was single and lived alone. She was pronounced dead by paramedics on scene. She was 78-year-old. A 64-year-old taxi driver lost control of his Hyundai Sonata. The cab mounted the kerb and crashed into her twice. Police said that the driver has been arrested for causing death by a negligent act.