Teammates and Singapore marathon champions Soh Rui Yong and Ashley Liew has intensified, as Liew has just sued Soh for damages of up to $120,000 in monetary damages, over a contested act of sportsmanship.

END_OF_DOCUMENT_TOKEN_TO_BE_REPLACED

I booked air tickets for my parents to attend my wedding ceremony in Chongqing on 19 Dec 2015. They were scheduled to take AirAsia flight AK712 from Singapore to Kuala Lumpur and flight AK192 from Kuala Lumpur to Chongqing on 16 Dec 2015. Due to 2 hours delay in flight AK712 departure, they missed their flight AK192 in Kuala Lumpur. When I tried to claim travel insurance online, I could not continue after a pop-up message "Please note that currently we ONLY allow claims departing from Malaysia" was displayed. What is the point of selling travelling insurance for Singapore customers when customers will not be allowed to make any claims?

END_OF_DOCUMENT_TOKEN_TO_BE_REPLACED

INHERITANCE CLAIMS IN S’PORE ARE OPAQUE AND BADLY MISMANAGED! 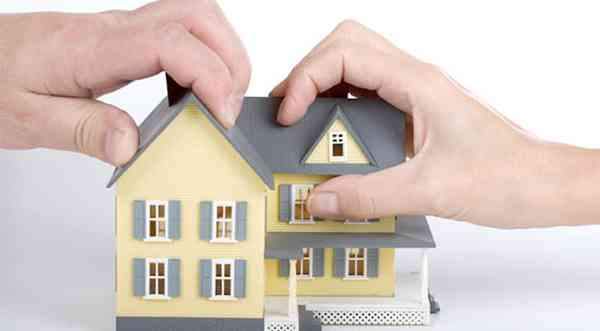 However, I was shocked to learn that my late father's devious sisters who were non-muslims, had obtained a district court order laying hands on $150,000 of my late father's assets from NTUC Income and Prudential! I later found out they had falsely declared to the police and court that my late father had no other surviving kin and they would like his estates to be distributed under civil law.

END_OF_DOCUMENT_TOKEN_TO_BE_REPLACED 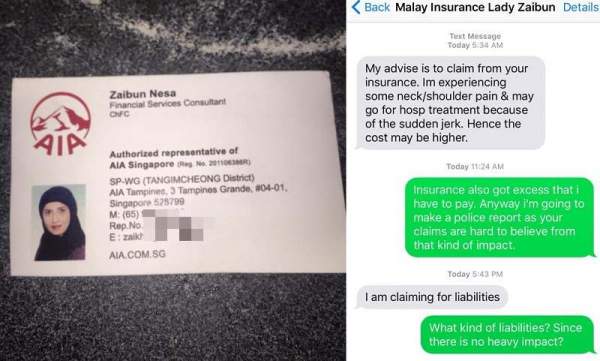 AIA insurance agent cut my lane and break immediately during heavy rain. This damage want to claim me $1,500? I asked her to go down to my garage to fix she refuse. even offered $300 cash on top of repairs to compensate for her waste of time. Instead Call me go down to her garage at sin ming.

END_OF_DOCUMENT_TOKEN_TO_BE_REPLACED 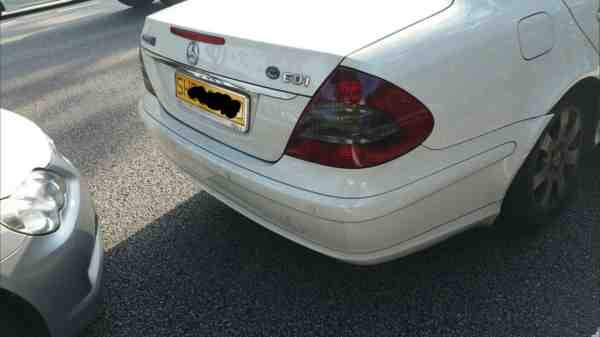 I was involved in a 3 car accident at the expressway. My car was sandwich between a taxi and a pte car behind. The taxi brake hard due and I had to do the same to avoid accident. I manage to stop in time. But the car behind fail to and crash into my car. The impact cause my car to hit the taxi slightly. The taxi company is claiming me for $2000++ for repair on taxi and $9000++ for personal injuries.

END_OF_DOCUMENT_TOKEN_TO_BE_REPLACED My wife and two children were in a vehicle that was involved in a three-car collision on a slip road from the Central Expressway to the Pan-Island Expressway on June 19. The last car crashed into her car, which in turn hit a car in front. It was a minor accident and no one was hurt. The drivers alighted from their cars to take photographs and exchange particulars. At that moment, two “helpful” men stopped their vehicles to offer help to my wife and the driver of the first car.