MAINSTREAM MEDIA’S DEAFENING SILENCE OVER LAPSES REPORTED BY AGO 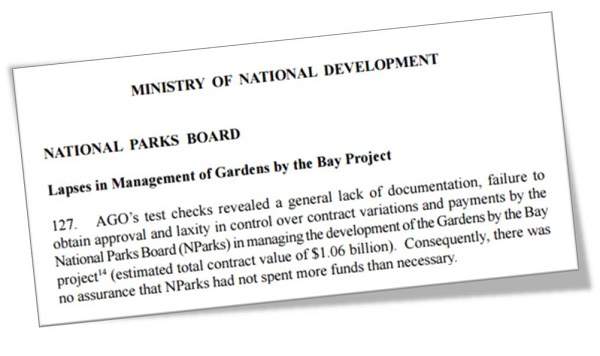 When the AGO released reports of lapses by AHPETC, the result was immense. Newspapers and television news report this over and over 24/7. Inquiries were held. WP members were questioned repeatedly. Court sessions were heard. And grants were held back too. Yet with the most recent AGO findings regarding government-related facilities, I couldn’t help but notice some difference with the treatment given, for lapses that were pretty similar.

END_OF_DOCUMENT_TOKEN_TO_BE_REPLACED Findings highlighting several lapses at Admiralty Citizen’s Consultative Committee (CCC) in the Auditor-General’s Report are being taken seriously, said Members of Parliament for Sembawang GRC Khaw Boon Wan and Vikram Nair*. The grassroots leader “resigned” from his post but going by the u/m post on Facebook, Khaw and Nair should take responsibility Japanese style (something Khaw, who asked the WP’s leaders to commit hari kiri over the issues at their town council**.