CCC CHAIRMAN APPROVES PA CLAIMS FROM OWN COMPANY, BUT PAP SAYS “NO DISHONESTY”? 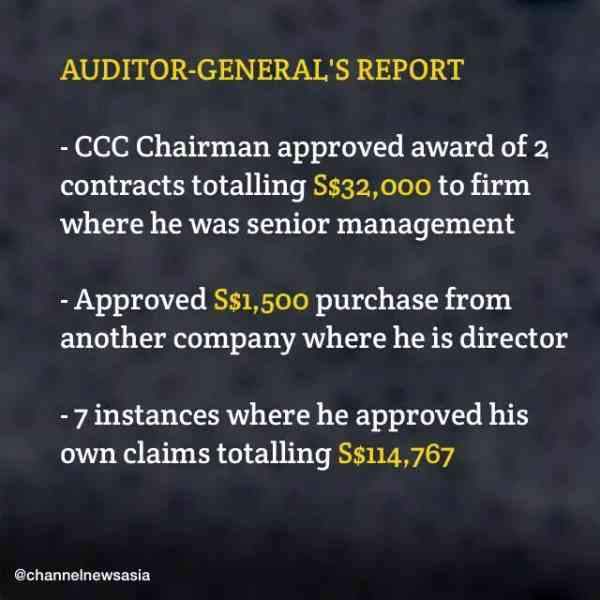 I refer to the recent AGO report about the People's Association (PA) CCC Chairman from Admiralty, who approved PA claims from public taxpayers funds that went straight to his own companies. In the report, it says that the chairman of a CCC was involved in approving contracts worth a total of S$32,000, and corresponding payments to a company of which he was a member of the senior management. Test-checks revealed seven instances where the CCC chairman was involved in approving his own claims, totalling S$114,767 - a "clear conflict of roles", the AGO said. In three of these payments, no supporting documents were available.