Netizen: GetGo’s Insurance Company Made Me Pay $1.6K Without Showing Me Official Documentation!

Dear All Singapore Stuff, I would like to share with you on this situation which happened to me when i rented a car from Getgo. To summarize, i got into a minor accident with a taxi driver which was ruled not in my favour. I have taken up insurance excess which …

END_OF_DOCUMENT_TOKEN_TO_BE_REPLACED

Our reader alerted us to a mother whose children avoided injuries from a car accident because she took the time and effort to buckle them up properly. It's thanks to the child seats that her kids are safe!

END_OF_DOCUMENT_TOKEN_TO_BE_REPLACED

WOMAN DIED GETTING KNOCKED DOWN BY CAR, DRIVER ARRESTED A 41 year old woman was knocked down by a car while crossing a road in Jurong West on Friday morning, and subsequently died in hospital. The 27 year old male driver of the car, who was not named, has been arrested for causing death by a negligent act.

END_OF_DOCUMENT_TOKEN_TO_BE_REPLACED

DRIVER TRAPPED IN OVERTURNED CAR IN ACCIDENT AT FARRER ROAD 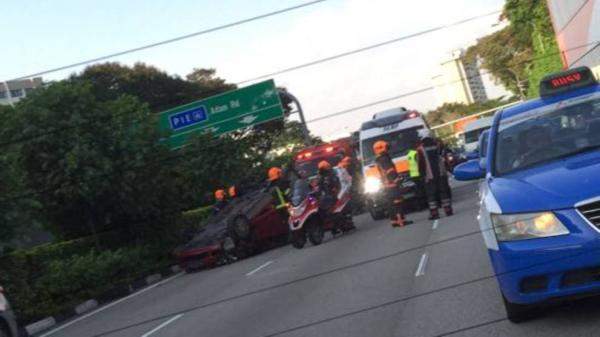 A man was injured after the car he was driving overturned in an accident along Farrer Road on Thursday afternoon. The driver of the overturned car, who was reportedly in his 50s, was trapped in the car, and had to be freed by rescue officers, SCDF said. It was understood that the man's foot was stuck. The driver was conscious when he taken to the National University Hospital.

END_OF_DOCUMENT_TOKEN_TO_BE_REPLACED He immediately activated the Code Pink, which is a standard operating protocol of the hospital to activate its personnel for emergencies in or around the hospital. The hospital emergency personnel arrived at the accident scene within five minutes with all of their medical equipment. The driver was stuck inside his car, as the driver side of the door was jammed shut against the railings. He was found foming at the mouth and vomiting. The nurses worked to ensure his airwaves are clear and monitored his heart rate until he can be extricated from his car.

END_OF_DOCUMENT_TOKEN_TO_BE_REPLACED

YISHUN AGAIN: LORRY LOSES CONTROL & FLIPPED ON ITS SIDE 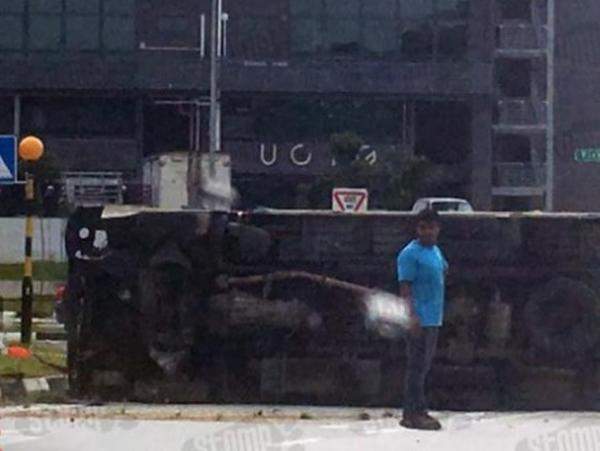 Our reader informed us about an accident at Yishun Avenue 8 yesterday evening. He was driving along the area when he saw a lorry flipped on its side. He said the lorry driver looked like he wanted to turn into a filter lane when he lost control, hit a lamp post and caused the vehicle to flip. Be alert on the roads but be more alert in Yishun!

END_OF_DOCUMENT_TOKEN_TO_BE_REPLACED 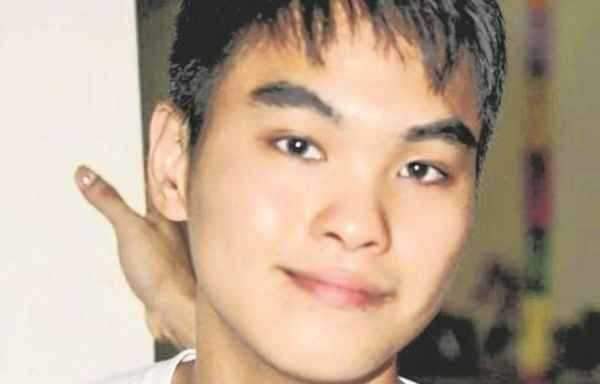 The unfortunate accident and tragic aftermath did occur with the rental car under the Lion City Rentals, which is a partner of Uber. A spokesperson of Lion City Rentals (LCR) had released an official statement, which can be read below: "We are incredibly saddened to learn that the LCR hirer has passed away, following a road accident. Our thoughts are with his family at this time. We are doing everything we can to support them and cooperate with authorities in their investigations.”

END_OF_DOCUMENT_TOKEN_TO_BE_REPLACED 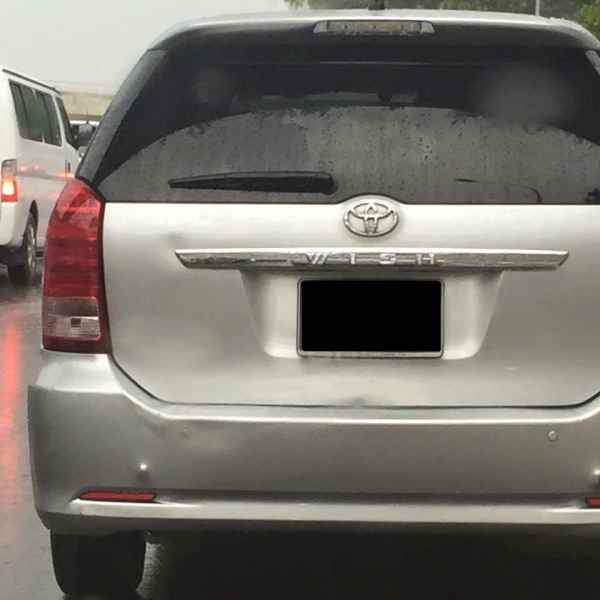 AIA insurance agent cut into my lane and break immediately during heavy rain. This damage want to claim me $1,500? I asked her to go down to my garage to fix she refuse. even offered $300 cash on top of repairs to compensate for her waste of time. Instead Call me go down to her garage at sin ming (ordinary workshop, not Toyota direct workshop).

END_OF_DOCUMENT_TOKEN_TO_BE_REPLACED 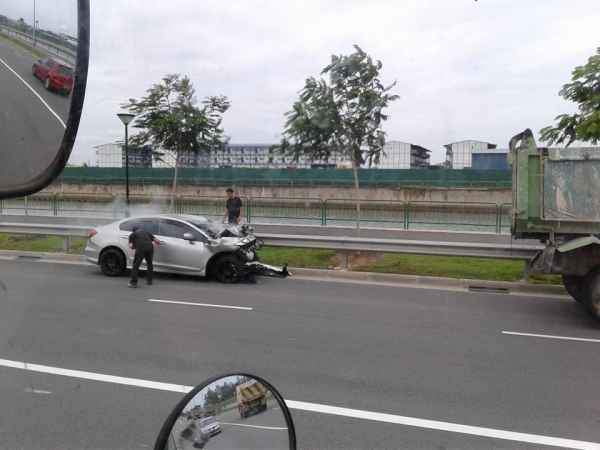 A Malaysian registered car had been speeding along Changi Coast Road towards the ECP when it seemingly lost control and rammed straight into a tipper truck this afternoon at 2.15PM. The KTC Group truck suffer little damage, but the front of the car was badly smashed from the impact and began spewing smoke immediately.