PRs Must Now Test Negative Before Entering Singapore. Why Wasn’t This Done Before?!

The new restriction is something they should have done MUCH earlier. Its inaction and failure to listen shows a lack of responsibility for the safety of Singaporeans.

END_OF_DOCUMENT_TOKEN_TO_BE_REPLACED

Two recent incidents involving unauthorised drones flying within the vicinity of Changi Airport in the past one week had affected about 60 flights, with some delayed and others diverted. This has raised serious questions over the vulnerability of Changi Airport itself. While CAAS is still investigating the incidents, analysts, the industry and even the drone community itself has concerns on the potential implications of the incidents.

END_OF_DOCUMENT_TOKEN_TO_BE_REPLACED

Changi Airport was hit with another round of flight delays, as unauthorised drone activities once again was the major culprit of the delays on Monday. This was the second incident in less than a week of unauthorised drone flying within the vicinity of Changi Airport, and both incidents have caused flights to be delayed in landing and taking off from Changi.

END_OF_DOCUMENT_TOKEN_TO_BE_REPLACED

UP TO $20K FINE FOR FLYING KITES, BALLOONS OR DRONES NEAR NDP PARADE AREA 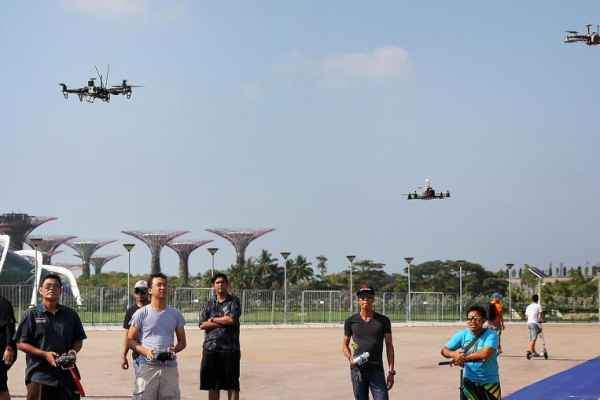 The Civil Aviation Authority of Singapore and National Day Parade (NDP) 2017 Executive Committee have issued a ban on flight activities for kites, captive balloons and unmanned aircraft like drones near selected areas near the NDP parade area.

END_OF_DOCUMENT_TOKEN_TO_BE_REPLACED A SINGAPORE aircraft with a pilot instructor and two trainees on board landed safely at Seletar Airport at 7.18pm yesterday, about 30 hours after it was intercepted by Indonesian fighter jets on Tuesday. The C90GTi King Air plane owned by Singapore Technologies (ST) Aerospace and operated by its pilot training arm, Pacific Flight Services, left Pontianak in West Kalimantan at about 5.30pm Singapore time.

END_OF_DOCUMENT_TOKEN_TO_BE_REPLACED

The Civil Aviation Authority of Singapore (CAAS) is looking into ways to enhance the sharing of safety and security information among national aviation authorities and airlines, following the downing of Malaysia Airlines MH17 over eastern Ukraine, Transport Minister Lui Tuck Yew said on Monday (Aug 4). But like many airlines plying between Europe and Asia, Singapore Airlines was flying in the same airspace as MH17, with SQ351 about 90km away, said Mr Lui. “As soon as SIA received news of the incident, they immediately re-routed all their flights to avoid Ukrainian airspace entirely,” he said.