5 Y.O. SPANISH BOY DIES IN HOSPITAL AFTER TREE FALLS ON HIM @ BUKIT TIMAH A young 5 year-old boy has died in hospital from his injuries after he was struck by a falling tree along Bukit Timah.

END_OF_DOCUMENT_TOKEN_TO_BE_REPLACED 76 year-old Mr Ng Kang Leng, an avid hiker and volunteer with several nature groups here, tried to hike from Dairy Farm Road towards MacRitchie Reservoir last Saturday. However, he lost his way and had to resort to calling the Police for assistance just before 7PM on the same day.

END_OF_DOCUMENT_TOKEN_TO_BE_REPLACED 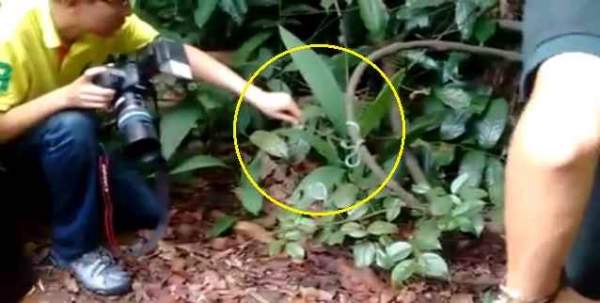 This was not the original perch the snake was on. They intentionally shifted it to an open branch as shown for an 'easier photo'. During which, they were poking it just to get it into a position they want. As shown, the pit viper was tense(ready to strike position). This video only shows part of the upteen times they physically disturb/poke it. This group of PRC ''Nature Photographers" (was told about 8 of them) intentionally threw this poor juvenile into the air, deeper into the forest. It was wise of my jogger friend to not confront them as he was alone.