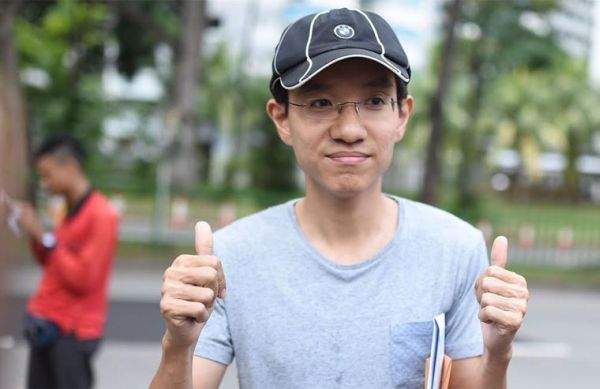 It is unfair for Mr Sagar to say that one who is truly worthy and deserving can easily obtain $13,500 a month because it implies that anyone who cannot obtain $13,500 a month is unworthy and undeserving. But $13,500 is way above Singapore median income. Mr Sagar is essentially saying that only the rich in Singapore are worthy and deserving enough to contest in elections. Ordinary folks earning less than $13,500 are unworthy. That is a terrible attitude to have.

END_OF_DOCUMENT_TOKEN_TO_BE_REPLACED

IS THE PAP CALLING ALL UNEMPLOYED S’POREANS WORTHLESS BECAUSE DR CHEE IS ‘WORTHLESS’? 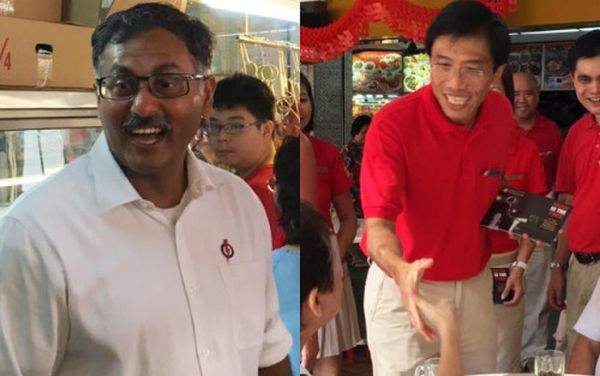 Was at Bukit Batok Bus Interchange waiting for the bus when I saw Murali and Tharman walking through with their army of entourage, photographers and a camera crew, canvassing votes. Murali approached me. When I said that I will be supporting Dr Chee, a PAP dog said "Why support an unemployed guy to be an MP? He is worthless." I said "I'm also unemployed. Does that mean I'm worthless also?" Murali and the PAP dog just left with an awkward silence.

END_OF_DOCUMENT_TOKEN_TO_BE_REPLACED

DO NOT REWARD PERSONAL INDISCRETION BY VOTING PAP IN 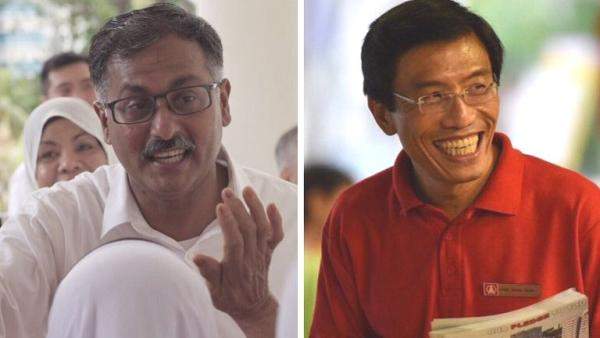 Straits Time announced that Murali “UNVEILS” BB infrastructure plans on 24 Apr 16 [link]. Unveils, if one is to refer to any dictionary, will be to uncover, which implies it is something “New”. However, on 28 Apr 16, Channel News Asia had an interview with him. This UNVEILS that the BB infrastructure plans are part of the plans of the previous MP who resigned on grounds of “personal indiscrection”, Mr David Ong. Solution for Bukit Batok Residents: Don’t reward personal indiscretion by voting another pap MP in, especially one who will just be like another 81 other pap MPs. He will not go strongly against the party directions and you will suffer for it, just like how many Singaporeans are suffering now due to the economic down turn.

END_OF_DOCUMENT_TOKEN_TO_BE_REPLACED

READER RESPONDS TO SHIRWIN EU’S WIFE: YOUR HUSBAND IS JUST NOT GOOD ENOUGH! 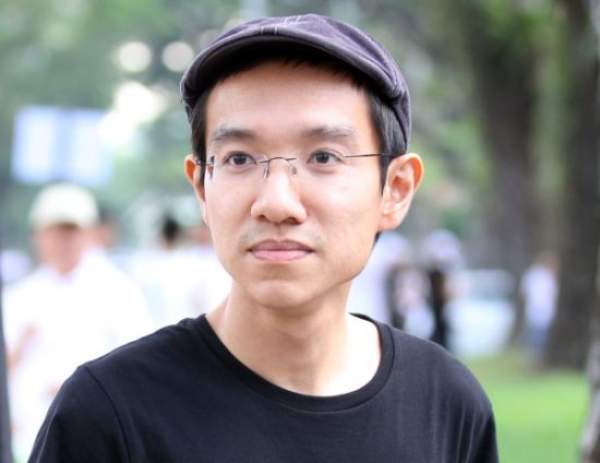 Why did your husband not highlight nor provide any modicum of a detailed solution or suggestion as to solving the two very issues that you pointed out and are, from the looks of it, very important to your family and its wellbeing? Would you not have already discussed these issues exhaustively and garnered a direction towards a viable solution? Would that not have been a better response than the desire to achieve wealth and fame when requesting to be voted into public office? How could you have managed to believe that the public would vote you when you clearly stated your motivation for running was personal and not national? The truth hurts, failure sucks and worst of all is rejection. Maybe use the time between now and the next opportunity to improve yourselves, improve your arguments and improve your stance, and then comeback, or not.

END_OF_DOCUMENT_TOKEN_TO_BE_REPLACED

ALJUNIED RESIDENT: MURALI ABANDONED US AND FAILED TO KEEP HIS PROMISES! Now that Murali has decided to abandon us for a shot at the high part-time salaried post, what has become of the promises he and his fellow teammates for that matter, made to us? Was it just in vain? No matter what the outcome of the BE is, my neighbors and I have already decided to cast our lots with the Mr Low Thia Khiang instead of Victor Lye at the next GE as their insincerity and dishonesty have seriously put us off to a point of no return.

END_OF_DOCUMENT_TOKEN_TO_BE_REPLACED

Dr Chee lives in a three room flat. He is the kind of person who well understands through first hand experience, the daily grind of the common folk. Mr Murali is a successful lawyer. He is the kind of person who better understands what it is like to be successful and to be an elite in this country. Who will better understand the concerns of the Bukit Batok common folk? Dr Chee who lives their lives or Mr Murali who does not? Grace Fu lambasts Dr Chee for not holding a full time job for a long time and then questions his relevant work experience. However, between Dr Chee and Mr Murali, Dr Chee's variety of work experiences is actually richer and more relevant to an MP's duties as compared to Mr Murali's. Unlike Mr Murali who can only claim expertise in matters of law in parliament, Dr Chee has given talks to international audiences and written books and papers published by leading newspapers and magazines in a variety of topics including economics, politics, law, democracy and so on.

END_OF_DOCUMENT_TOKEN_TO_BE_REPLACED

EX-RESIDENT: BUKIT BATOK ESTATE IS FILTHY SO SDP NEEDS TO TAKE OVER THE TOWN COUNCIL! 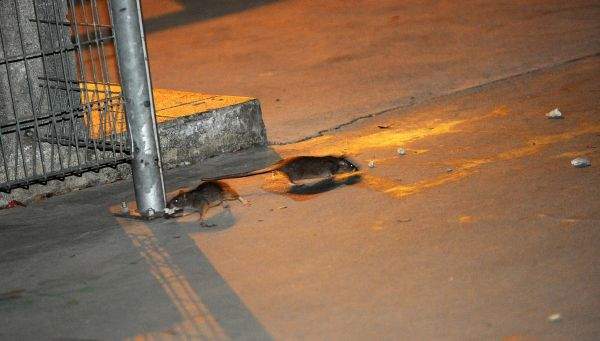 During my 15yrs stay in Bukit Batok, my block was very very dirty. No block cleaner at all. The drunkards here and there were sleeping at the void deck. So much adult urine was produced by groups of overnight drunkards living under our block and was not cleaned away. Our running water pipe became the breeding place for huge centipedes. And centipedes were seen running around into our store room. After I moved out of Bt. Batok, in 2010, my block and neighbourhood areas worsened. Drug mules lured young students to buy their drugs and several turned drug addicts. A few saloons turned red light at night. We need an opposition party to take over Bukit Batok town council and improve the standard of cleanliness in the estate. BB residents, please vote wisely.

END_OF_DOCUMENT_TOKEN_TO_BE_REPLACED

BUKIT BATOK RESIDENT: BARRIER AT PATHWAY IS EYESORE AND INCONVENIENT FOR ELDERLY ON WHEELCHAIR 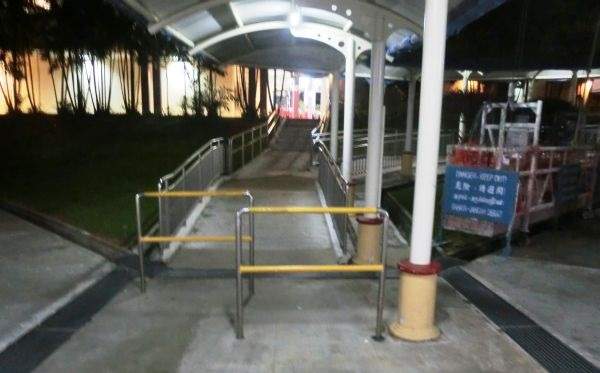 I stay in Bukit Batok and I want to complain about this stupid barrier that can be seen in certain parts of the estate. It is an eyesore and it is rather difficult to navigate. This is unnecessary inconvenience to elderly residents and those using wheelchair. Furthermore it is impractical and is a waste of money by the town council we are paying.

END_OF_DOCUMENT_TOKEN_TO_BE_REPLACED In her Facebook post, WP's Frieda Chan says that PAP candidate Murali's arguments on whether MPs should serve full-time is 'weak' and that by saying that it is not necessary for MPs to serve full-time, he is giving a 'slap' to all PAP MPs who have chosen to give up their careers to serve as full-time MPs. She also criticised his argument as being focused on himself rather than on the residents and voters of Bukit Batok. What do you think? Is WP also endorsing SDP's Chee Soon Juan to win in this by-elections?

END_OF_DOCUMENT_TOKEN_TO_BE_REPLACED 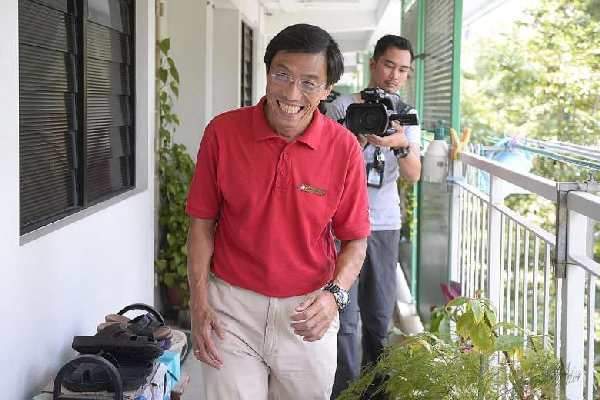 In order to achieve this, Dr Chee firmly believes it can only be done by a full-time MP like he intends to be. He said "It is just not humanly possible for you to go to work from 9 to 5 and then stay back for more meetings … and then come back 7, 8 o’clock and tell everybody, I’m going to serve you with all my heart." Dr Chee pledged to continue reaching out to Bukit Batok residents and emphasized that should he be elected, every morning when he wakes up, his first destination is Bukit Batok unlike PAP's Murali Pillai whose first destination is his swanky lawyer's office.