HOW CAN PRESIDENT TONY TAN’S PHOTO BE PLACED ABOVE BUDDHA STATUE? 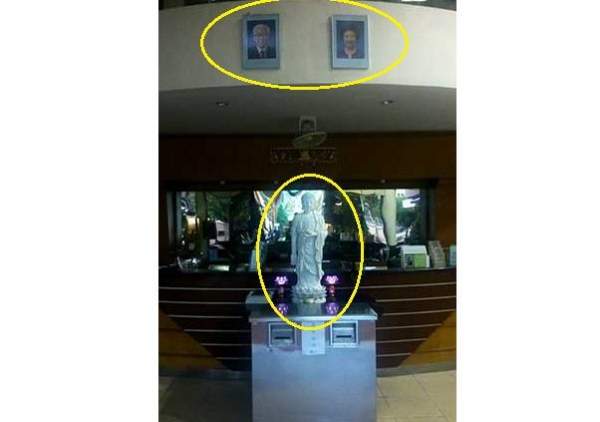 My friend show me a photo that make me angry! The photo showing our President Tony Tan & his wife pictures above Buddha! That place is Man Fut Tong nursing home. It a nursing home in charge & under our government. I never study a lot & my education is not high but I know human’s photo can’t hang above a God!

END_OF_DOCUMENT_TOKEN_TO_BE_REPLACED

Sri Lanka today (April 24) deported a British tourist for having a tattoo of Buddha on her arm which a court said was an insult to the island’s main religion. Legally, there is no ban on a Buddha tattoo in Sri Lanka, but the predominantly Buddhist nation is very sensitive about its religion. Ms Naomi Coleman, a 37-yar-old nurse left on a London-bound flight after being detained since her arrival on Monday from neighbouring India.