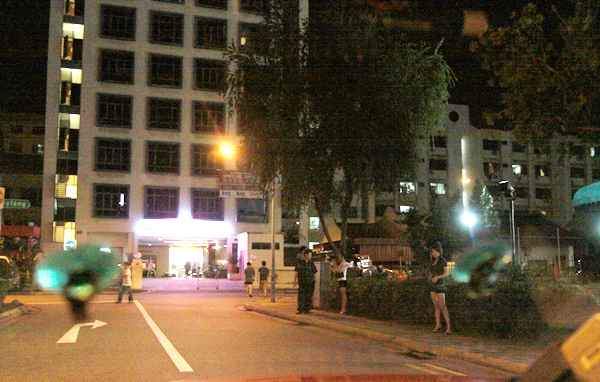 In the alleys between Geylang Lorong 16 and 12, the throngs of women who used to line the streets to tout their game have long gone, with ever increasing police raids and patrols putting a dampener on what once was a vibrant red light district. Prostitution is legal in Singapore, but it is an offence to solicit in public.

END_OF_DOCUMENT_TOKEN_TO_BE_REPLACED

FOREIGNERS RENTING HDB FLATS OUT AS BROTHELS OR ILLEGAL “HOTELS”!

Last week, police conducted a series of islandwide raids on illegal brothels operating out of Housing Development Board (HDB) flats - including this one unit in Woodlands which was allegedly used as an illegal brothel. Yet even though the PRC prostitutes are gone, as are the suspicious looking men who frequent them, the flat continues to be used by its foreign renters as an illegal "hotel"!