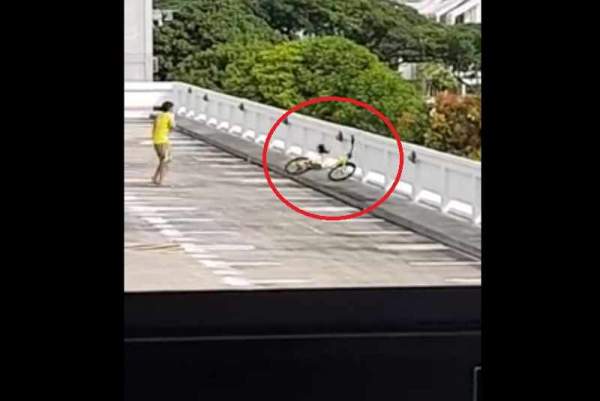 I have sent 3 emails to ofo reporting this incident since Saturday, but I guess its just falling on deaf ears. I hope somebody will take action as these acts are really dangerous! Aside frm vandalising the bike, it could hurt passers by too. What if the bike went over (almost did on one instant!) and hit someone or even fall on a moving vehicle as these boys were playing on the rooftop of a MSCP, which is like 5 storeys high.

END_OF_DOCUMENT_TOKEN_TO_BE_REPLACED

DO S’POREANS HATE OFO? ANOTHER BIKE DUMPED INTO FLOODED LONGKANG 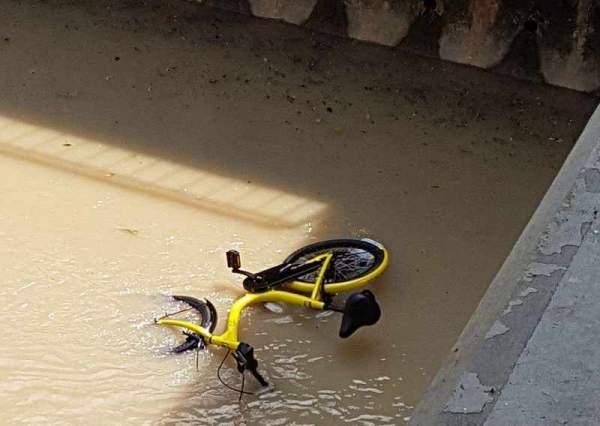 Singaporeans really hate the OFO bicycle. Look at what I found in the drain! Another instance of Ofo bike being dumped like rubbish into the flooded canal.

END_OF_DOCUMENT_TOKEN_TO_BE_REPLACED

SOMEONE IN YISHUN IS STEALING OFO BIKE PEDALS TO STOP PPL FROM USING THEM!

Yishun, once more. Our reader informed us that someone in Yishun is removing the pedals from ofo bikes to prevent other people from using them. The bicycles were all seen with missing pedals on one side. Does the culprit actually keep the pedals and attach them only when he/she wants to cycle? Don't be selfish la! Like dat oso can?

END_OF_DOCUMENT_TOKEN_TO_BE_REPLACED A cyclist fractured his collarbone after his bicycle ran into a metal rod lying along the West Coast Highway. He was part of a cycling group that was going at around 40km/h when he hit the debris, causing his wheels to lock before he was sent flipping and crashing with bone injuries. He could get up and walk but had to undergo surgery. His $10,000 bicycle was totally destroyed just because of one metal bar, which may have been left behind by one of the heavy vehicles that frequent the highway. Risky siol. If you want to cycle then you better be careful.

END_OF_DOCUMENT_TOKEN_TO_BE_REPLACED

ANOTHER YISHUN ATTRACTION: BICYCLE THAT GOT STUCK ON TREE Yishun made it to the news again. This time, someone spotted a bicycle that got stuck on a tree. Nobody knows whose it is or how on earth it ended up there. It better not be someone who threw it from the nearby HDB flat! With the number of strange sightings, nobody will never get sick of Yishun. Ghost rider siol.

END_OF_DOCUMENT_TOKEN_TO_BE_REPLACED

SOMEONE IS SELLING OFO BIKE ON CAROUSELL!? 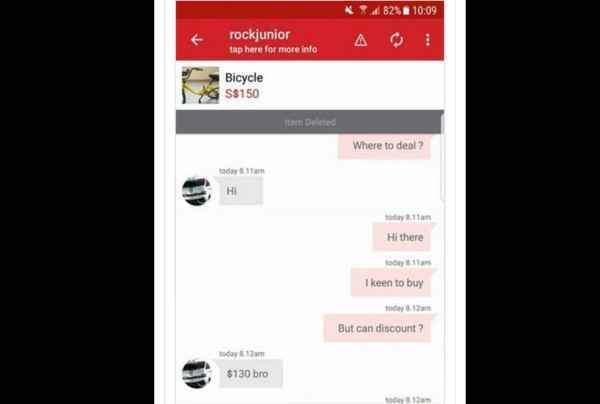 As more and more reports of rental bikes being abused turn up, one netizen dropped this crazy bombshell on his fellow forumers at a popular local forum. He uploaded a screenshot of a Carousell user selling a bike that looks exactly suspiciously like an OFO rental bike.

END_OF_DOCUMENT_TOKEN_TO_BE_REPLACED 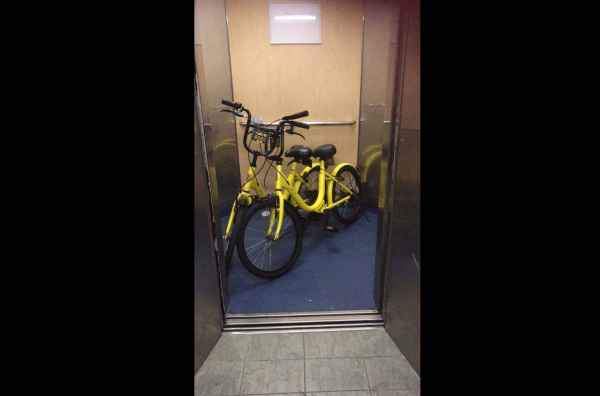 A reader shared this photo with us to inform us about inconsiderate behavior by residents who left 2 rental OFO bicycles in the lift. According to the reader, this happened today when they were taking the lift up their 21 Jalan Tenteram flat.

END_OF_DOCUMENT_TOKEN_TO_BE_REPLACED

MAN BREAKS LAW CYCLING ACROSS PEDESTRIAN CROSSING, COMPLAINS TO SPF ABOUT CAR THAT DID NOT SLOW DOWN FOR HIM

In a case of ownself sabo ownself, a cyclist has written to the Singapore Police Force (SPF) Facebook to complain about a driver who did not slow down for him at a zebra crossing while he was cycling across it.

END_OF_DOCUMENT_TOKEN_TO_BE_REPLACED Our readers have shared posts about several bike thefts in Yishun over the past few months. According to our readers, they suspect that a serial bike thief or bike thieves gang in Yishun have set up base in the town.

END_OF_DOCUMENT_TOKEN_TO_BE_REPLACED

BOY’S FALL FROM BICYCLE CAUSES INTESTINES TO POP OUT 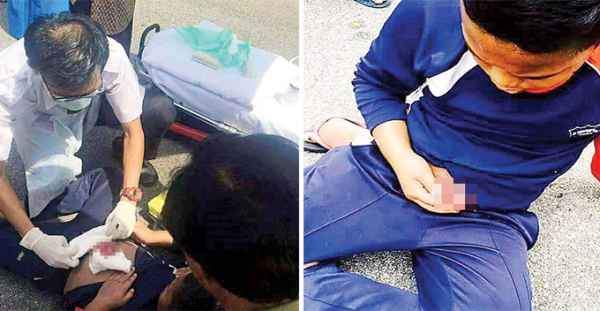 According to eye witnesses, the boy had been riding on his bicycle when he hit a small speed bump and fell. He appeared calm at first, but his friends later noticed that his abdomen had been punctured by his bicycle handle and his intestines were starting to pop out from the wound.