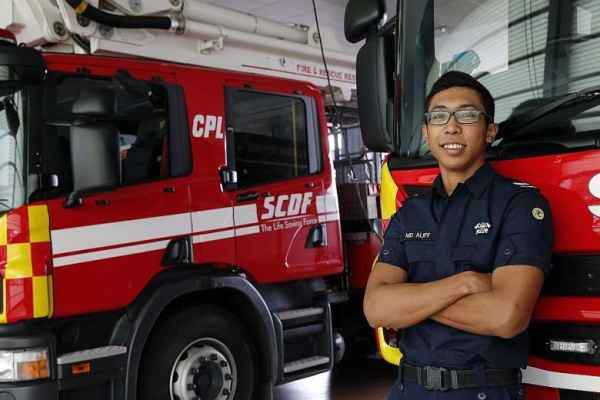 Singapore Civil Defence Force national serviceman, Corporal Muhammad Aliff Amirrudin Abdul Razak, 21, and his section commander were moving alonng the fourth storey corridor of a burning industrial building to assess the fire and rescue any trapped survivors, but little did they know that it could have been them who would lose their lives.

END_OF_DOCUMENT_TOKEN_TO_BE_REPLACED

Cpl Dipprasad Pun, from the 1st Battalion the Royal Gurkha Rifles, was awarded the Conspicuous Gallantry Cross during an investiture ceremony at Buckingham Palace today. He is credited for single handedly defeating 30 Taliban fighters in an intense fire fight lasting half an hour while defending his post from a massive Taliban attack. In total he fired off 250 general purpose machine gun rounds, 180 SA80 rounds, six phosphorous grenades, six normal grenades, five underslung grenade launcher rounds and one Claymore mine.