Tag Archives: 2 sides of the story

2 SIDES TO THE STORY: ANG MOH SAID S’POREANS ARE ALL ASSHOLES 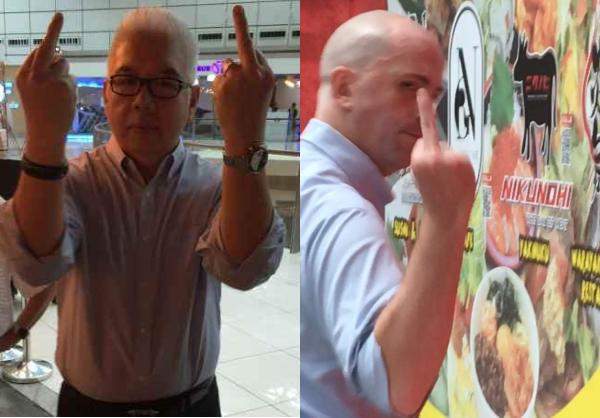 I am the person in the picture accused of being a racist. I regret and apologise that I should not show the finger. There's always two sides to the story. When I arrived at the restaurant, it was empty and not opened yet. There were four other gentlemen together with this Mr T milling around. No queue in sight. I went up to the waitress and indicated table for two. She informed me that it will be opened in five minutes time. Then the man Mr T told me the queue starts with him. I said "oh is it." Because there really was no queue in sight. Seven people milling around in front of an empty restaurant including both of us. And before I have the chance to say anything further, he went into his tirade. "You Singaporeans are all assholes. You think that you are entitled to everything. " (His exact quote which he did not mention).