END_OF_DOCUMENT_TOKEN_TO_BE_REPLACED

It is so funny because even Facebook knows that FAP is IB page and is "inauthentic" and is not a true representation of the voice of ordinary Singaporeans. Basically Facebook has called the bullshit on FAP.

END_OF_DOCUMENT_TOKEN_TO_BE_REPLACED

On 29 June Tan Jee Say expressed his interest to continue providing an alternate voice for Singaporeans, but this time under the Singapore Democratic Party (SDP). He has initiated contact with SDP Secretary-General Dr Chee Soon Juan stating his interest to rejoin the party. His decision to rejoin SDP was based on two reasons: Firstly, SDP's values reflect the values and beliefs he champions for Singaporeans. Secondly, SDP is a great party with dynamic leadership that has grown in strength over the years.

END_OF_DOCUMENT_TOKEN_TO_BE_REPLACED

After a member of the public accused ex-PAP candidate Ivan Lim of being arrogant and elitist, another concerned Singaporean has stepped forward to call PAP candidate Ng Ling Ling out for allegedly making a false claim. According to this Singaporean, Ng Ling Ling had falsely claimed credit for setting up the Social Service Training Institute (SSTI). She was merely an Assistant Director at SSTI while the founding director was Ms Tan Bee Heong.

END_OF_DOCUMENT_TOKEN_TO_BE_REPLACED 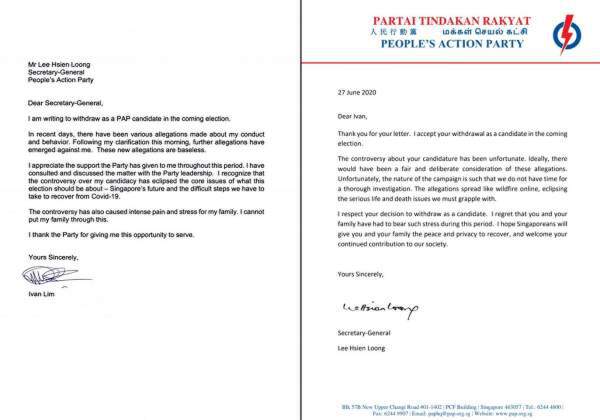 In less than 24 hours after PAP's Ivan Lim announced he was determined to carry on contesting in GE2020, he U-turned and withdrew his candidacy. If Lim and the PAP thought they could quell the criticisms against Lim, they probably realised how wrong they were and how grossly they underestimated the intensity of the feedback against Lim's conduct.

END_OF_DOCUMENT_TOKEN_TO_BE_REPLACED

After it is clear that the PSP led by Dr Tan Cheng Bock would be contesting in West Coast GRC, the PAP must have felt so uneasy that they sent the DPM Heng Swee Keat all the way from the East to show face at West Coast Teban Market on Saturday, 27 June morning.

END_OF_DOCUMENT_TOKEN_TO_BE_REPLACED

GE2020: Petition for Ivan Lim to Be Removed From This General Elections 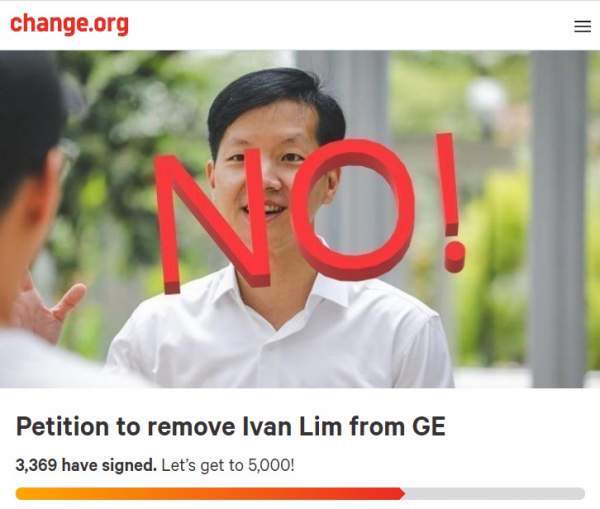 A petition to kick Ivan Lim out of GE2020 was started on 26 June 2020 after comments about the new PAP candidate being arrogant and elitist were circulating widely on social media.