HERE IS THE BANNED PRO-GAY BOOK “AND TANGO MAKES THREE”

Dear A.S.S, Please see the attachments. I have attached the children book "And Tango Makes Three". It was removed from National Library Board shelves recently for being "anti-family". I am sending this to you because I want Singaporeans to decide what to read for themselves and not subject themselves to PAP censorship.

END_OF_DOCUMENT_TOKEN_TO_BE_REPLACED

Due to the abrupt change in government policies, he was not invited to apply for Singapore PR upon graduation as was the norm in the past. Mr Weng is desperate to obtain a Singapore PR so that he can marry his long-time girlfriend and buy a resale HDB flat in Singapore. Singapore PR is a prized ‘catch’ for many foreigners working in Singapore not only because it helps them to find a well-paying job, they are able to use it to purchase a resale HDB flat which they can monetize eventually for a hefty profit after they leave Singapore.

END_OF_DOCUMENT_TOKEN_TO_BE_REPLACED

At noon, Akku Yadav was lynched by a mob of around 200 women from Kasturba Nagar. It took them 15 minutes to hack to death the man they say raped them with impunity for more than a decade. Chilli powder was thrown in his face and stones hurled. As he flailed and fought, one of his alleged victims hacked off his penis with a vegetable knife. A further 70 stab wounds were left on his body. The incident was made all the more extraordinary by its setting. Yadav was murdered not in the dark alleys of the slum, but on the shiny white marble floor of Nagpur district court.

END_OF_DOCUMENT_TOKEN_TO_BE_REPLACED

The mother had restricted the movements of her 13-year-old son and always told him he had to stay home after returning from school. She thought it was the safest way to keep him out of trouble or getting involved in vice activities. Only the maid was at home while both the boy's parents went to work. The mother would call several times a day to ensure he was either at school or at home. However, due to loneliness, the young teenager invited a classmate to his home and the two boys later became a "couple" and had gay sex at the house for the past three years.

END_OF_DOCUMENT_TOKEN_TO_BE_REPLACED 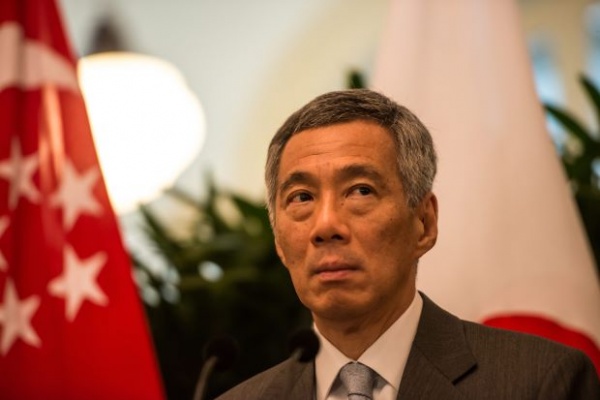 END_OF_DOCUMENT_TOKEN_TO_BE_REPLACED

Senior Minister of State for Law Indranee Rajah said in parliament the amended Act will give copyright owners more powers to protect their rights in cyberspace. One notable measure is to allow content owners obtain Court orders directly to block websites with infringing contents without the need to establish liability on network service providers. Previously, owners have to plead network service providers to remove access to copyright infringing material by issuing a take-down notice. Network providers need not abide to such notices.

END_OF_DOCUMENT_TOKEN_TO_BE_REPLACED

Former opposition politician Vincent Wijeysingha has rejected the Catholic Church's offer to investigate an episode he had mentioned in a Facebook post. In fact, he says, he did not consider himself to have been abused by a priest when he was a teenager. Dr Wijeysingha, 44, first made public the "sorry incident" in a Facebook post on June 23. In it, he had referred to a priest "who would engage me in play wrestling and attempt to touch my crotch in the process". He also claimed that the priest took a stack of pornographic magazines from his wardrobe in his bedroom to show him. However, in his latest post on the issue on Saturday, Dr Wijeysingha, Singapore's first openly gay politician, said: "It was an attempt without any conclusion and therefore I consider myself neither to have been abused nor damaged subsequently." Referring to the incident as an alleged molestation attempt, the Church had suggested that Dr Wijeysingha either report to the police or to the Catholic Archdiocese Professional Standards Office

END_OF_DOCUMENT_TOKEN_TO_BE_REPLACED

I FOUND USED CONDOMS AROUND THIS PRIMARY SCHOOL

I went to take a walk outside Stamford Primary school and found a few empty wrappers of condoms and in the bushes across the road, used tissue paper, underwears and used condoms. This observation just made me sick, hopefully, its not involving the kids in this school.