Last Tuesday, terrorist organisation ISIS released a footage which demanded the Abe government to pay US$200 million in ransom to exchange for the lives of two Japanese nationals Kenji Goto Jogo and Haruna Yukawa.

Kenji Jogo was a freelance journalist who owns a video production company Independent Press in Tokyo. He specialised in capturing footage of conflict zones which will be sent to Japanese TV networks. Haruna Yukawa had fantasized of being involved in conflicts and set up a private security company to provide security services to Japanese companies in Syria.

During his stay in Syria, he was captured by Free Syria Army who found him to be harmless and befriended him. Afterwards, he and his FSA travel companions were captured by ISIS sympathizers.

PRC netizens reacted to the news of the ransom demands by mocking fun of a still image which showed a ISIS terrorist with his two Japanese prisoners.

It is not known if those netizens are sympathetic to the prisoners or simply trying to display their nationalistic anti-Japanese views and sabo the Japanese prisoners. 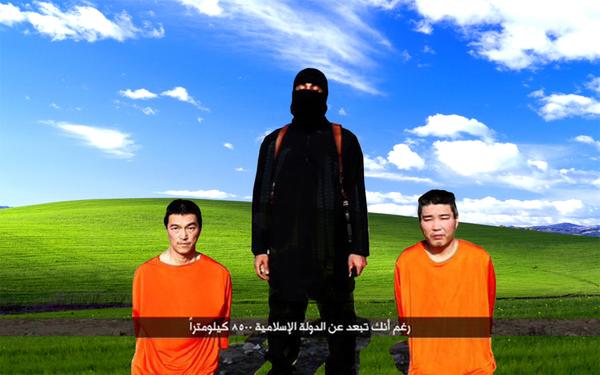 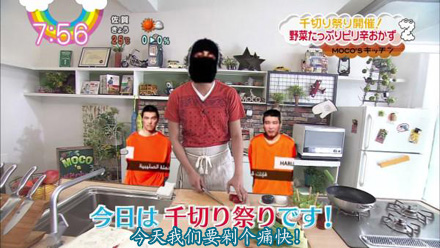 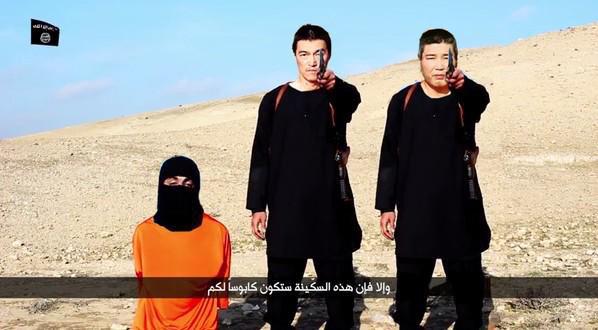 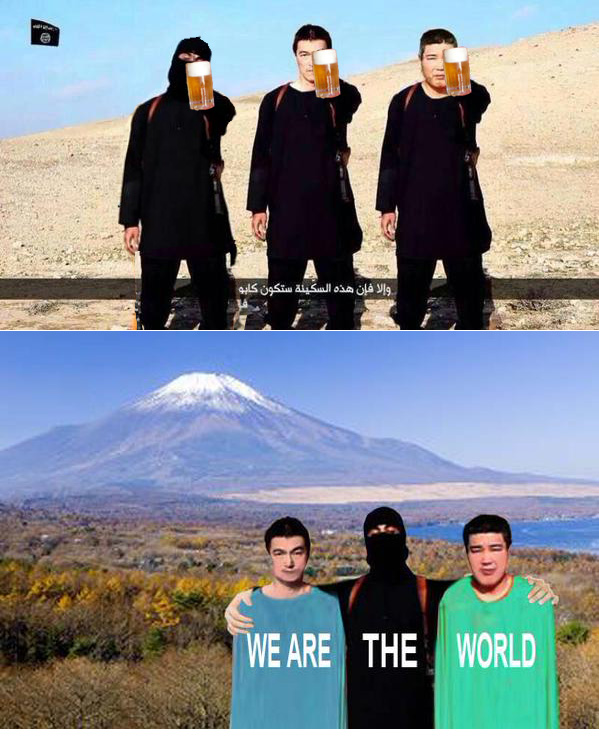