WP's Sengkang candidate Raeesah Khan, the subject of police reports on her online posts about minority discrimination, has stepped forward to make an apology this evening. In great team spirit, WP Chief Pritam Singh stood by his decision to field her and confirmed she will continue with the campaigning. 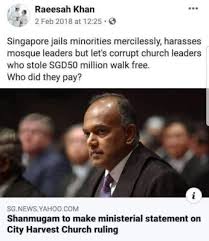 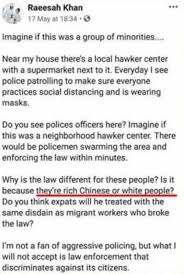 Raeesah apologised at the press conference: "My intention was never to cause any social division but to raise awareness to minority concerns. I apologise to any racial group or community who have been hurt by my comments. My remarks were insensitive and I regret making them. I feel really passionate about minority issues regardless of race and in my passion I made improper remarks, and I have to be accountable for them. I will fully cooperate in any police investigations."

Mr Singh clarified that Raeesah was not charged – being charged requires a person to knowingly do something and the person must have intention to cause animosity. He said Raeesah's statement has put this into perspective.

As a good party chief, Pritam stood firm on his decision to field the 26-year-old Raeesah, saying that in the meet-the-people sessions, he has seen that she takes each case very seriously and is very vested into the issues a resident is facing and the help he needs. One of his criteria for choosing candidates is being able to put yourself and walk a mile in the shoes of someone who needs help and assistance and he has no regrets fielding a candidate like that.

"I would like to say that this is the youngest candidate in the WP's slate. That generation has completely grown up on social media and for me personally I don't encourage and would be actually a bit disappointed if our candidates were to try to sanitise their past and I think they should be upfront and authentic in public, this is who they are."

"And in the event there are certain posts or certain comments they may have made which are untoward, then I would expect them to explain themselves. And that's how I think that generation who has lived on social media in their adolescent years will have to understand the difference between what you do on social media and what happens when you move into public life."

Kudos to Pritam Singh for the spot-on answer and Raeesah for being brave to sincerely apologise. We need authentic, not fake politicians to represent Singaporeans. Mr. Singh, you are a true leader who does not abandon your party members. Go WP!