Lucky Plaza Accident: Why Was Car Crash Victims Not Brought To Mt Elizabeth, Mere Minutes Away, But To TTSH?

Sunday evening’s horrific car crash accident at Luck Plaza, which claimed the lives of 2 people, and with 4 others seriously hurt, had Singaporeans and the online community’s full attention for the rest of Sunday night. The horror of the crash, and with videos circulating showing the festive mood just before the accident, captured the very essence of the horror that happened. Lives were snuffed out in that one moment of madness without warning.

The SCDF and police were quick to respond. In fact, Transcom officers were seen on video already on the scene mere minutes after the horror crash happened. Kudos for these public officers for their fast response time, although nothing really much could be done to the two that subsequently died as the result of the crash. But the bigger question was, why was the severely injured taken to Tan Tock Seng Hospital, which is a further distance away from the scene of the crash, when a perfectly good hospital was only minutes away from the scene? Mount Elizabeth Hospital was mere minutes away, in fact, only a short walking distance away. No doubt TTSH is a government hospital, while Mount Elizabeth is a private hospital catering to the rich and those who can afford exorbitant fees.

But hospitals, be they private or government owned, surely have the medical capabilities and medical personnel to handle such trauma victims. Surely, the injured and dying could have been given emergency medical help in Mount Elizabeth first, before they are transferred to TTSH once their condition stabilised? Why was it any other way? It might be protocol, but shouldn’t lives matter more over protocol?

We cannot pretend that even with quick medical aid, the two who unfortunately lost their lives could have been saved. The crash was too severe and horrific, that not even immediate medical help could have done anything to safe them. But questions would still have to be asked, why transport the crash victims to TTSH, which is about 3km away, and not to Mount Elizabeth, which was 300m away, for immediate medical aid? 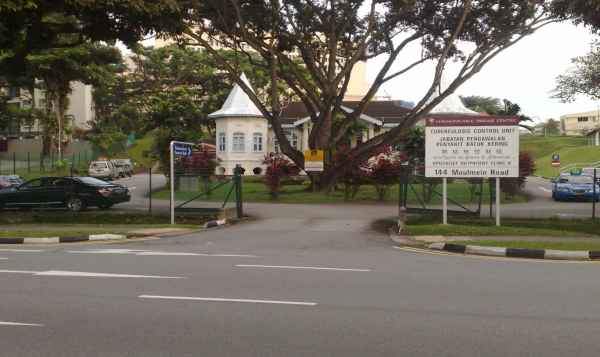