The well publicised case of the former Ang Mo Kip Town Council General Manager have come to its conclusion, with the ex GM, Victor Wong Chee Meng, jailed for 27 months for receiving $50,000 in bribes which included loans to his mistress. Victor Wong, of course, allowed himself to be cultivated by the boss of two construction firms despite knowing it was wrong, all because he had been given loans to the mistress, as well as being given a healthy discount on a car purchase, and being paid for visits to KTV lounges, restaurants, massage spas and a hotel.

Victor Wong, as well s the two company directors who offered him the bribes were all rightly charged and sentenced in court. In its ruling, the court stated that “The sentence also signals clearly our zero tolerance for corruption in general and corruption that undermines public administration in particular.” Victor Wong was AMKTC’s GM from 2013 to 2016. He was only investigated in September 2016 after AMKTC received a complaint about the way he handled contracts.

The question was, how did Wong get away with four full years of accepting bribes and awarding contracts to his ‘friends’? Did the AMKTC MPs, all of whom should have been privy to his financial dealings, not noticed something was amiss? After all, Wong is just the GM. Surely, the award of contracts should be under the purview of the TC’s top echelons, in this case the AMK GRC MPs themselves. Were the leaders of this TC not discharging their fiduciary duties to the best of their abilities? We all know those accused of dereliction of fiduciary duties should result in an MP being asked to relieve their duties.

So, what is so different between the MPs of AMKTC and the WP MPs at AHTC? And why none of the MPs of AMKTC questioned in Parliament over their mismanagement of their own staff and contracts awarded to AMKTC?

Elderly Woman at Ang Mo Kio Digs up Trash and Leaves Litter Around, Scolds Those Who Stop Her 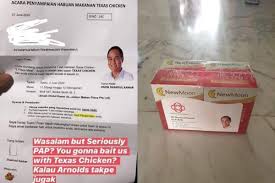