I refer to the article “1.37 million Singaporeans to get one-off GST Voucher of up to $200 in November” (Straits Times, Nov 1).

It states that “About 1.37 million Singaporeans will get a one-off GST Voucher of up to $200 this month, the Ministry of Finance (MOF) announced on Wednesday (Nov 1).

The GST Voucher – Cash Special Payment, which was announced in Budget 2017, will help lower-income households with expenses.

Some $280 million will be disbursed by the Government for the payout.

This is on top of the regular GST Voucher given out in August, which saw those eligible receive up to $300.

Meanwhile, MOF also reminded Singaporeans eligible for the GST Voucher – Cash/Medisave and five-year Medisave top-up but have yet to sign up, to do so by Dec 31.”

I understand that the original purpose of the GST offset scheme was to help lower-income families pay for the GST when it was introduced.

So, the maximum GST Voucher cash payment of $1,000 ($500 x 2 adults whose individual assessible income is less than $26,000, in this example), may only just cover the GST that they incur.

In a sense, those who spend more than $1,200 a month – may not get enough to offset their GST.

As to the Medisave top-up for those age 58 and above , it can only be used for approved medical expenses and insurance premiums, and is thus not cash that can effectively offset GST expenditure.

So, after adjusting for inflation since 2007, are lower-income families arguably, effectively getting less now under the GST Voucher scheme, compared to the previous GST Offset Package? 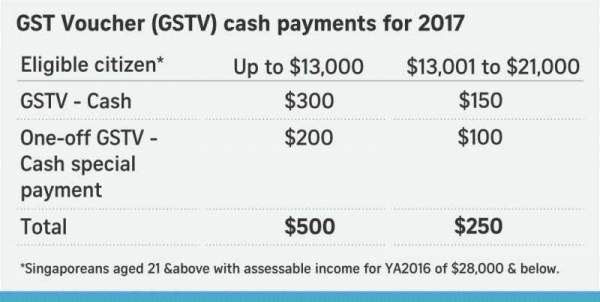 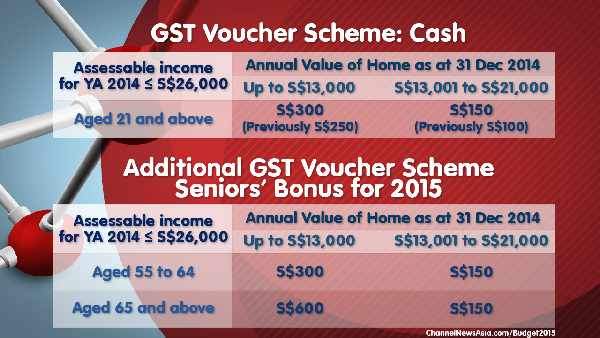 WHY IS THE GST VOUCHER SO STINGY DURING AN ELECTION YEAR