Contrary to popular belief, the Old Changi Hospital has not been demolished to make way for the new Raintr33 Hotel.

The hotel was instead located on top of the site of the old commando barracks beside the hospital at 33 and 42 Hendon Road.

Netizens who visited the area reported that the hospital’s creepy exterior, particularly its mortuary block, continues to stand out intimidatingly in the landscape.

Although Old Changi Hospital is a restricted access site, this has not stopped Singaporeans from trying. A police signboard outside of the hospital warns that 20 persons have been arrested or investigated for trespassing into the area.

Just what secrets does the old site hold? Many believe that the spirits of Japanese soldiers or tortured Prisoners of War (POWs) still wander the halls of the building, a reminder of the hospital’s ghastly role as a torture and detention center during the Japanese Occupation.

A local horror film, Haunted Changi (2010), even draws on popular belief in the hospital’s “hauntedness” for its storyline. In the movie, a group of Singaporean film makers get caught up in the spiritual happenings of Old Changi Hospital and wind up suffering unimaginable fates.

Among the most famous Old Changi Hospital stories is this creepy one by a local paranormal investigator:

“Actually its more of an experience. A few years me and my team(SPT) went up there to investigate to obtain proof if that place is really haunted as rumoured.

Our team consist of only 3 members(the rest quited for obvious reasons!) We were armed with a night vision camera, sound recorder, and of cos the standard issue camera…

So we entered the Hospital, passing the guard’s table and we went to the morgue first(1st priority). Once we were down there a very strong odur of blood hit us and we knoe straightaway that an entity or multiple entitys are present. These spirits or entitys are classified as class 4 because they induced change in the environment but is still not seen. We scanned the area with our video camera and took some photos and moved on.

We then went up stairs to the 2nd story where we recorded strange sounds…. Sounds of trolley being pushed and moanings.( we later confirmed that we were the only ones there). As usual we took videos and pictures of the area and moved on.

We then stumbled into the operation theater(think it is) and the smell of blood hit us again but less pungent as in the morgue.

Next we went to the last storey( donno wat floor izzit) and the most happening things happened there. We got to saw small flashes of light and sounds of people talking. The next thing caused us to quickly exit the hospital and my friend almost shitted in his pants! Apparently one of my members suddenly felt very cold where the rest of us were sweating like pigs. Suddenly an invisible force brushed against him, causing him to loose balance and fall into the ground. He droppped his camera too. Next thing we did was to quickly walk down the stairs, get into my friend’s car and drove to changi village.

Later on we developed the photos and we reviewed the shots taked, at the same time, listening to the tape recorde and the video camera. We managed to capture some orbs and flashes of light on the photos. What astonished us is that in the morgue, we captured a huge amount of ectoplasm flowing from the trays and this stunned us a little.

The video camera reviewed little except for a few orbs and probable shadows(might be ours).

But what really frightened us is the tape recorder. We actually captured many sounds. Sounds of pple talking, moaning, screaming(faint and muffled) and the sound of trolleys pushing. After that experience which is our last, we splited and the group is now left with me.. the video and photos were distroyed by my other member beacuse he wanted to forget the whole incident. whats left is only the tape we recorded.

So my conclusion is that Old Changi Hospital is a very if not super haunted place. The rumours are true as we had experience it oursselves. We dont recommend people to go there either out of curiousity or for some cheap thrills, cos the spirits that haunt the place are quite strong(one of the strongest we encountered).” 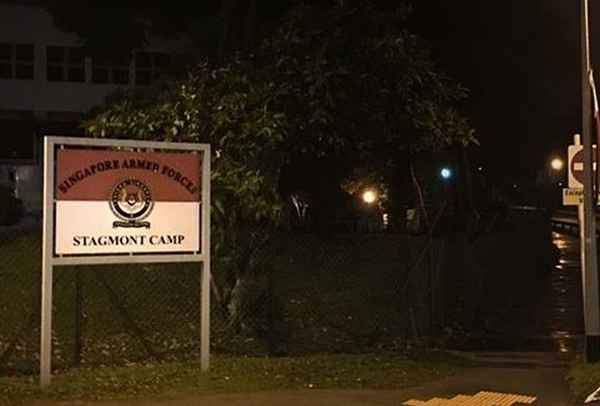