An Ang Moh Swiss national and former commodities trader Yannick Alexandre Varidel, 28, had been sentenced to four weeks jail after he pleaded guilty punching a taxi driver. The incident happened at the driveway of Studio M Hotel in Nanson Road, off Mohamed Sultan Road, at about 1.10am on March 18.

The victim, Trans-Cab driver Ng Hong Poh, 53, had picked up Varidel and his friend, a 21 year old Russian female friend, from OUE Tower at Fullerton Bay at about 1am that day. Before the two of them got into the cab, Mr Ng told them that he could accept only cash payments as he did not have an ATM point-of-sale terminal in his taxi. Ms Chilikova said she had enough cash for the cab fare.

When they arrived at Studio M Hotel, an argument broke out between Varidel and his female friend. Varidel then insisted on paying the fare with his ATM card, and handed the card to Mr Ng. Mr Ng again told them that he could take only cash payments. When Mr Ng was returning the ATM card to Varidel, he accidentally dropped it. Varidel reacted by punching him on the nose.

The cabby called the police, and later went to Khoo Teck Puat Hospital. He was found to have tenderness on the bridge of his nose and upper lip. 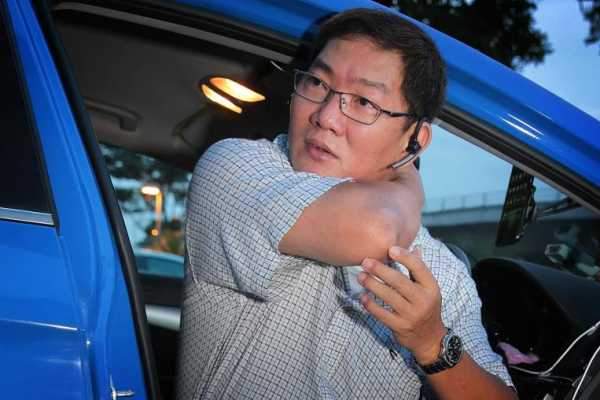