The Henry Park Primary School boy who flashed his middle finger to the whole nation last night during the Live telecast of the National Day Parade has apologized for his action and will receive counselling.

The principal of Henry Park Primary School Chia Soo Keng told reporters this afternoon: “The student regrets his action and is deeply apologetic. The school and his parents have counselled him, and will ensure he learns from this incident.”

The televised footage of the incident went viral the moment sharp eyed netizens spotted the hilarious moment on TV. A netizen even recorded the act on her handphone and sent it to alternative media sites.

This footage was followed very quickly by images of the boy being reprimanded by a fierce looking Indian male adult and Mr Chia (in spectacles), who looked visibly upset.

The boy was part of a contingent of 400 Henry Park Primary School students. They were there to hand-sign the National Day song, “We Will Get There”, which was performed by Singapore’s largest disability-inclusive orchestra, The Purpose Symphony, in the fifth act of the parade. 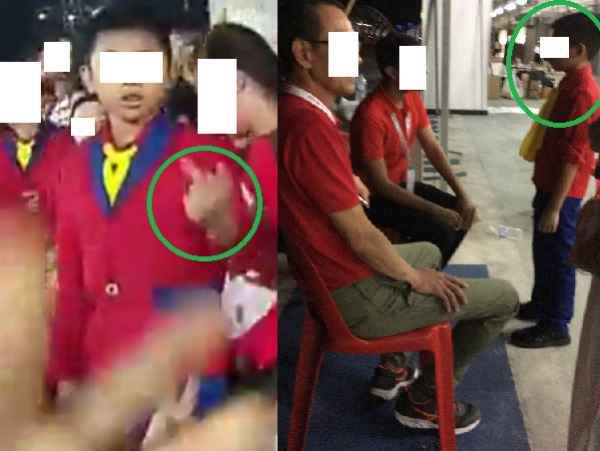 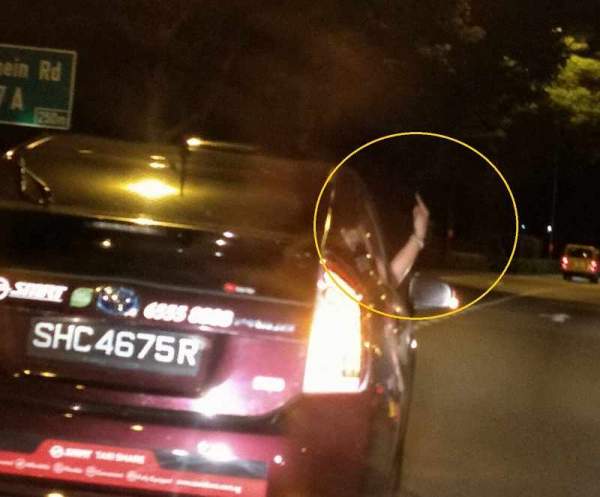