The Jurong-Clementi Town Council released a statement seem to try to absolve them of blame for the lift that plummeted four storeys down and injured a woman that the lift actually had its servicing done just two weeks earlier on June 15.

The Town Council said they deeply regret the accident and confirmed that lift D at Block 542, Jurong West Avenue 1, will remain out of operation until the cause of the accident has been verified. The woman in her 30s, who fractured her leg, was with her husband, 10-year-old daughter, brother and brother-in-law on Saturday night. A previous report was lodged to the Town Council previously, indicating that some boys faced problems with the lift, but no action was allegedly taken by the Town Council.

The Town Council, however, verified that the particular incident had involved eight teenagers in 2015. They had to be rescued after they had overloaded the lift, which was meant to hold a maximum load of 270kg. A sign in the lift also stated, “Max load 270kg 4 persons”. The lift was installed in 2012 when the block underwent its lift upgrading programme. 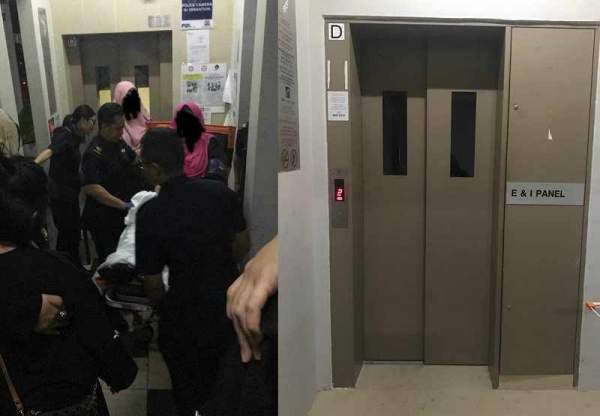